Kim Jong Un has arrived in Singapore ahead of a historic summit with U.S. President Donald Trump — and he... 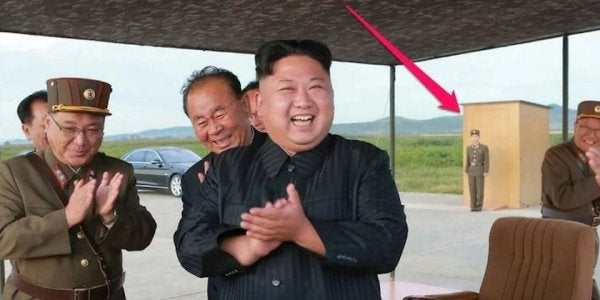 Kim Jong Un has arrived in Singapore ahead of a historic summit with U.S. President Donald Trump — and he brought his toilet.

The North Korean leader is said to always travel with several toilets, including one in his Mercedes.

Daily NK, a South Korean website focusing on North Korea news, reported in 2015 that “the restrooms are not only in Kim Jong Un's personal train but whatever small or midsize cars he is traveling with and even in special vehicles that are designed for mountainous terrain or snow.”

The publication quoted an unnamed source as saying, “It is unthinkable in a Suryeong-based society for him to have to use a public restroom just because he travels around the country.” Suryeong is a Korean term meaning “supreme leader.”

So, why does Kim Jong Un always travel with several lavatories at his disposal? According the The Chosun Ilbo, a South Korean newspaper, the portable toilets “will deny determined sewer divers insights into to the supreme leader's stools.”

The secrecy of the North Korean leader's health is, apparently, paramount.

“Rather than using a public restroom, the leader of North Korea has a personal toilet that follows him around when he travels,” Lee Yun-keol, a former member of a North Korean Guard Command unit who defected, told the Washington Post in 2005.

Lee explained, “The leader's excretions contain information about his health status so they can't be left behind.”

Kim's urine and fecal matter are periodically examined to check for illnesses and other health indicators, according to Daily NK.

U.S.-North Korean relations have seemingly come a long way in the last few months — it was only January when a top authority on North Korea suggested that the U.S. should bomb Kim Jong Un's personal toilet to put fear in him.

“It will send an unmistakable message: We can kill you while you are dropping a deuce,” Jeffrey Lewis wrote.