Feds arrest Kirtland airman who stockpiled guns, silencers, and photos of AR-15 mags with the names of mass shooters written on them

Investigators found a cache of 17 firearms, two silencers, large amounts of ammunition, bomb-making instructions and photos of rifle magazines with the names of mass shooters written on them. 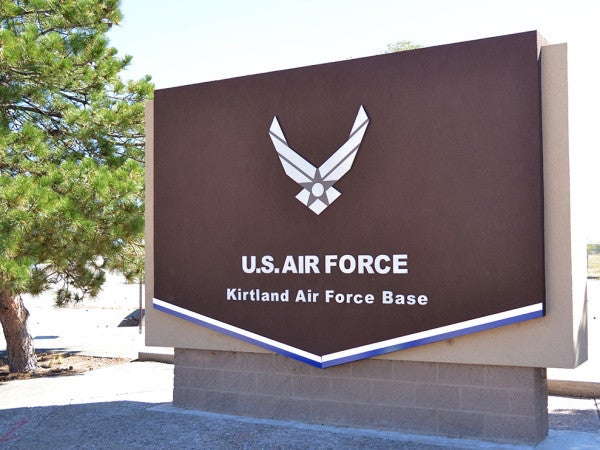 ALBUQUERQUE, N.M. — A U.S. airman assigned to Kirtland Air Force Base is in federal custody after military investigators searching his KAFB residence found a cache of 17 firearms, two silencers, large amounts of ammunition, bomb-making instructions and photos of rifle magazines with the names of mass shooters written on them.

Investigators said in a criminal complaint that Senior Airman Charles Brent Justice, 27, could be a “threat to the general public.”

Justice formally has been charged with possessing a silencer and unlawful importation of a firearm — the silencer he allegedly ordered from a Chinese company.

The photographs found on his cellphone showed the names of mass shooters written on white ink on AR-15 compatible magazines. Included among the names were Alexandre Bissonette, who shot and killed several people at a mosque in Quebec City, Canada, and Luca Traini, who targeted African migrants in Italy.

Other photographs were related to the Christchurch mosque shooting in New Zealand.

Federal law enforcement in Albuquerque have been paying close attention to gun parts coming out of China, including automatic conversion devices called auto-sears and silencers. There are several pending cases filed here in the last year charging gang members and convicted felons with possessing the parts and converting semiautomatic weapons into machine guns.

U.S. Customs and Border Protection intercepted a package addressed to Justice at the international postal station at John F. Kennedy airport in New York City. Agents opened the package because the Chinese company that sent it was known to ship silencers into the U.S. illegally.

Agents found information that Justice had placed orders with Chinese vendors of shipping firearm-related devices like the silencer in the past.

The specific silencer agents found was sold under the name of “Inline Filter” with the intent to disguise it as an automotive part.

Once they found the silencer, agents notified Air Force Office of Special Investigation agents who questioned Justice and searched his residence on the base. The search was carried out under military rules based on authority granted by Col. David Miller, Commander, 377th Air Base Wing.

Air Force investigators found a buttstock designed to be attached to a Glock pistol, making it a short-barreled rifle, and a Glock compatible auto-sear that attaches to Glock pistols allowing the pistol to function as a machine gun.

The complaint notes that possession of both the auto-sear attachment and the buttstock are illegal and that Justice received both items from Chinese vendors. No additional charges have been filed regarding those devices, but Justice also faces the possibility of additional charges in military court.

Investigators found that Justice did not have permission to store firearms at his on-base residence.

After Air Force investigators conducted their search, they called in agents from Alcohol, Tobacco and Firearms who filed the federal charges.