An Army veteran who was shot and wounded by police in January at the Veterans Affairs facility in White City, Oregon, after... 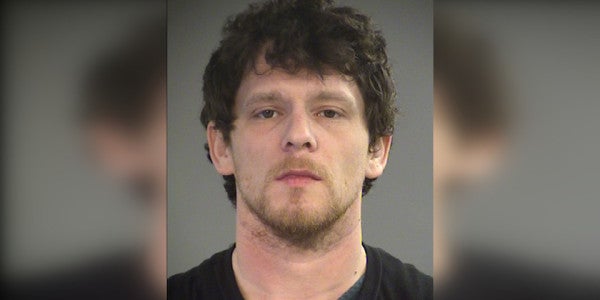 An Army veteran who was shot and wounded by police in January at the Veterans Affairs facility in White City, Oregon, after lunging at an officer with a knife can avoid prison under a plea deal if he can clean up his act.

Gilbert Matthew “Matt” Negrete was sentenced Friday to three years’ probation during which he must complete treatment ordered by probation officials while staying clean and sober, prosecutors said.

If not, he will serve 18 months in prison and be treated as a convicted felon the rest of his life.

“We’ve built in a chance for him to get through the program successfully,” said Benjamin Lull, the Jackson County deputy district attorney who prosecuted the case. “Society is better off if he doesn’t go to prison, if he does take this chance. If he doesn’t go through it, he goes to prison.”

Negrete, an Iraq and Afghanistan veteran who defense attorneys said suffers from post traumatic stress disorder and drug and alcohol use, was at the tail end of a three-day crime spree Jan. 25 when he entered the White City VA Rehabilitation Center & Clinics asking about medication, records show.

He became agitated and threatened staffers with a knife, and VA security police were called to the scene, court records show.

One of the officers, Marvin Seifert, said during a May bail hearing that Negrete was undeterred by a five-second dose of pepper spray and that Negrete said he would stab Seifert in the groin while advancing toward him.

Seifert testified that Negrete was six inches from him when Seifert shot Negrete point-blank in the chest, yet he remained so combative that officers used two pairs of handcuffs on him.

Two days earlier, Negrete was arrested for driving under the influence of controlled substances. The following day he threated a tow-truck operator with a knife in an attempt to get his vehicle back from impound, and Negrete fled when the victim pulled out a gun in self-defense, prosecutors said.

In Friday’s plea agreement, Negrete was sentenced to three years’ probation for two felony counts of unlawful use of a weapon and two misdemeanor counts of menacing. If he successfully completes his probation, the felony charges will be treated as misdemeanors, prosecutors said.