Missing for 69 years, the remains of soldier killed in Korea have finally come home 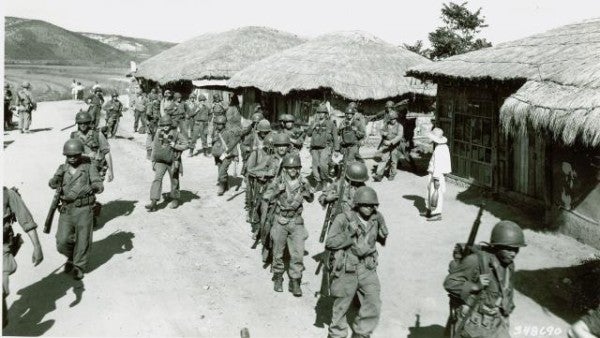 U.S. Army Master Sgt. Harold Drews, an Elgin man reported missing in action during the Korean War, has been identified as being among the 55 boxes of remains turned over to the United States by North Korea in 2018.

A funeral is planned by Drews' family plans for Feb. 19 in St. Charles, 69 years after Drews disappeared, the U.S. Department of Defense's POW/MIA Accounting Agency said.

“Once our scientists had a chance to look at them, it was determined more than 200 people were within those 55 boxes,” Everette said.

Once someone has been identified, the military must track down family members, a process that can take anywhere from days to months, he said. Drews' family has declined to speak with the media and is requesting privacy, Everette said.

Drews enlisted in the Army in July 1948, according to an archived news clipping. He was stationed in Japan for 18 months before going to Korea.

He was 21 when he was assigned to King Company, 3rd Battalion, 31st Infantry Regiment, 7th Infantry Division in December 1950, the agency said. For several days, his unit was engaged in intense fighting with the Chinese People's Volunteer Forces near the Chosin Reservoir in North Korea.

He went missing on Dec. 12, 1950, during the United Nations withdrawal from the reservoir to the port city of Hungnam.

According to the DPAA, he died at some point following his disappearance but the exact details are unknown. Everette said 7,602 American service members went missing during the war.

The release of the 55 boxes of remains was one of the results of President Donald Trump's meeting with North Korean leader Kim Jong Un in June 2018. They contained the remains of American service members killed during the war.

“We don't normally get large boxes like this turned over to us,” Everette said.

The boxes arrived at Joint Base Pearl Harbor-Hickam in Hawaii in August 2018 and were sent to the DPAA laboratory for identification.

Drews' name is recorded on the Courts of the Missing at the National Memorial Cemetery of the Pacific in Honolulu, along with the others who are missing from the Korean War. Agency officials said a rosette will be placed next to his name on the memorial to indicate he has found.