Benjamin Franklin Merritt was found dead in his home in June 2019. 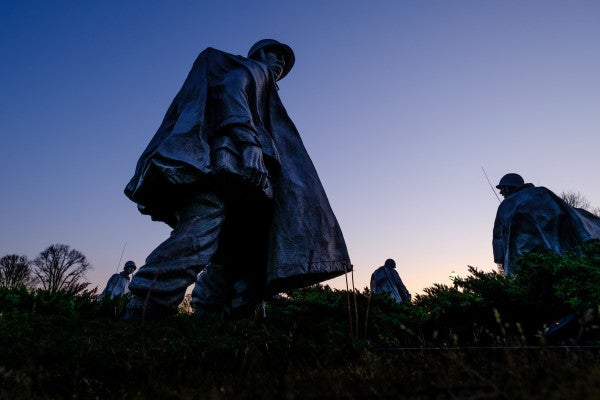 Almost a year after a Korean War veteran was found fatally stabbed in his Raleigh home, a man has been charged with his murder.

Benjamin Franklin Merritt was found dead June 13, 2019, after a family member called police to check on him.

A few weeks later, on July 5, police arrested Michael Nicholson, 54, of Maryland, saying he pawned a bracelet that belonged to Merritt, according to search warrant applications released last year. He was charged then of obtaining property by false pretense.

Now he has been charged with Merritt’s death, Raleigh Police said Friday. Police did not provide any other details about the investigation.

When police found Merritt, he had wounds in his chest, back and neck. There were no signs of forced entry, according to search warrant applications released last year.

Nicholson was the “last person known to be with” Merritt two days before police found Merritt dead, warrant applications say.

Police said June 24 that the stabbing “is not believed to have been a random act,” according to a news release.

Nicholson was carrying a knife in a backpack when he was arrested, according to the warrant applications. The size and shape of the knife was “consistent with the stab wounds on Merritt’s body,” according to the medical examiner who performed Merritt’s autopsy, warrants said.

Merritt went to school in Mount Olive and served in the Army during the Korean War. He received his bachelor’s degree from Saint Augustine’s College and a master’s degree in counseling from N.C. Central, starting a career in education. He mentored at-risk male youth during his career, according to his obituary.