The U.S. Department of Veterans Affairs failed to modify its electronic systems and lacked an accountable official to oversee implementation of the "Forever GI Bill," resulting in a bungled rollout last year that affected thousands of college students, a new report from the agency's Inspector General says 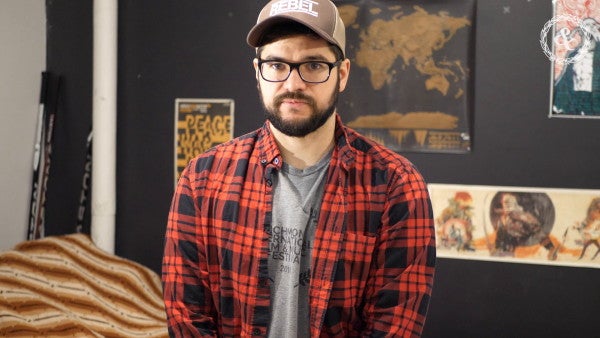 The U.S. Department of Veterans Affairs failed to modify its electronic systems and lacked an accountable official to oversee implementation of the “Forever GI Bill,” resulting in a bungled rollout last year that affected thousands of college students, a new report from the agency's Inspector General says.

The Forever GI Bill, officially called the Harry W. Colmery Veterans Educational Assistance Act of 2017, was approved unanimously in both chambers of Congress and signed into law by President Donald Trump in the summer of 2017.

The law changed how education benefits are to be applied for veterans, revising the formula that determines students' stipend amounts and removing a 15-year expiration date included in the previous version of the law.

However, beginning in August, the VA's system could not handle the intricacies of those changes across more than 400,000 claims, the report said. The result was that some students were underpaid and, in some cases, not paid at all.

In November, the VA decided to delay full implementation until Dec. 1, 2019.

According to the Inspector General's report, the VA's failure to appoint an accountable official to lead implementation of the program resulted in “unclear communication of implementation progress and inadequately defined expectations, roles and responsibilities of the various VA business lines and contractors involved.”

Additionally, investigators found that the VA's Office of Information and Technology and the Veterans Benefits Administration Education Service did not agree on how to solve problems once they arose.

Investigators found a 10-month gap from the time the Forever GI Bill became law and when the VA received the computer software to implement it. During those months, the VA worked with contractor Booz Allen Hamilton to develop the program.

But without a single accountable manager in charge, people involved were unclear about their roles, the report said.

In November, the VA Secretary Robert Wilkie gave Paul Lawrence, the VA benefits undersecretary, the task of implementing the Forever GI Bill. Members of Congress, unhappy with how Wilkie was handling the issues, called on the Inspector General to dig into what was happening at the agency.

In January, the Forever GI Bill Housing Payment Fulfillment Act was signed by Trump, codifying into law that the agency would repay students who were affected by the troubles.

In February, Wilkie appeared before the House Committee on Veterans Affairs and talked about a new timeline for the Forever GI BIll.

“My first full day in office was Aug. 1 of last year, and it was clear to me we were reinforcing a broken system,” Wilkie said. “I expect everything to be on schedule and back to the norms set by the GI Bill either at the end of this year or at the beginning of next year.”

Derek Abbey, the director of the Joan and Art Barron Veterans Center at San Diego State, said the majority of the university's roughly 1500 GI Bill recipients were not affected by the VA's trouble with the new version of the law. For those who were, he said, the Veterans Center tried to minimize the impact.

The university didn't charge late fees, Abbey said, adding that his office ensures paperwork is submitted to the VA in a “timely fashion.”

Rep. Mike Levin, D-San Juan Capistrano, who serves on the House Veterans Affairs Committee and whose district includes Marine Corps Base Camp Pendleton, said in a statement he was closely monitoring the VA's efforts to fix its problems.

“I am deeply concerned about any undue financial burden placed on our veterans by these missed and underpaid housing stipends,” Levin said.

The IG's office said it would continue to monitor VA's progress in implementing the law.

SEE ALSO: GI Bill Benefits Delayed For Thousands Due To Glitch VA Knew About Months Ago