NEWPORT NEWS, Va. — A former employee at Langley Air Force Base admitted Wednesday that she bilked the federal government... 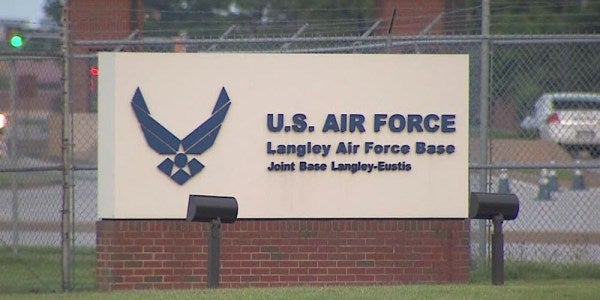 NEWPORT NEWS, Va. — A former employee at Langley Air Force Base admitted Wednesday that she bilked the federal government out of $1.46 million — mainly by faking the amount of overtime she worked over 17 years.

Michelle M. Holt, 52, was a civilian secretary at the base, where she worked in the communications support squadron of Air Combat Command.

She pleaded guilty in U.S. District Court in Newport News to felony charges that she undertook a long-running effort to boost her own pay.

Between December 2001 and July 2018, Holt falsely claimed 42,847 overtime hours that she didn’t work, according to a statement of facts that Holt, her lawyer and prosecutors signed off on Wednesday as part of the plea deal.

The ruse began slowly at first.

In late 2001, Holt used a co-worker’s log-in information — without that co-worker’s knowledge — to get into a Department of Defense computerized pay database. She retroactively added 15 hours of overtime to her paycheck.

As time went on, Holt’s retroactive additions to her overtime “became a regular occurrence,” the statement said. She began to get bolder, particularly after 2008 — when her overtime pay began to double her regular salary.

In one two-week period, the statement said, she billed the Air Force for 137 overtime hours that she didn’t work. Though overtime was by far the bulk of the scheme, she also falsified holiday and sick pay.

But things began to unravel in June, when the Department of Defense’s Inspector General’s Office found discrepancies between Holt’s pay and attendance records.

She appeared to get wind that an investigation was afoot. Holt wrote to a co-worker on June 18: “Please keep this between us, have you all had (the Air Force’s Office of Special Investigations) come over here about anything?”

She first told investigators she took extra overtime for only a few months. But an investigator then showed Holt a spreadsheet of her overtime going back 10 years. “I’m in trouble,” she said, according to the statement of facts. “It was wrong.”

“Please keep this between us, have you all had (the Air Force’s Office of Special Investigations) come over here about anything?”

In Wednesday’s plea agreement, Holt admitted to both charges she faced — computer fraud and theft of government property. When she is sentenced March 13 by U.S. District Judge Raymond Jackson, she faces up to 15 years in prison, plus fines and forfeitures.

In the plea agreement, prosecutors promised to ask Jackson to give Holt credit for cooperating with them.

“The defendant has assisted the government in the investigation … by timely notifying authorities of (her) intention to enter a plea of guilty, thereby permitting the government to avoid preparing for trial,” the plea agreement said.

Holt declined to speak with a reporter after the hearing.

“She was a long-term employee at Langley, and she took her job very seriously,” said her lawyer, William Johnson. “She loved what she did … and she’s very emotional about it.”

“New employees would come to her” for advice on getting acclimated to the Air Force and how things worked at the base, said Holt’s other attorney, Amy Van Fossen.

Holt spent the money on “life and paying daily bills” rather than on spending on luxury items, Johnson said. “There were no exorbitant expenses,” he said.

The statement of facts put it another way: “The defendant stated that she used the money she received from the fraudulently obtained overtime and leave payments to buy items for herself and her family.”

Johnson said Holt “gave a full accounting to investigators for how it happened.”

After Wednesday’s hearing, Holt tearfully hugged her attorneys and then took the unusual step of walking over to the prosecution table and hugging Assistant U.S. Attorney Brian J. Samuels. She said something to the prosecutor that was inaudible from about 20 feet away.