"Sgt. 1st Class Hawks, without regard for his own safety dismounted from his vehicle and charged toward the enemy position on the high ground." 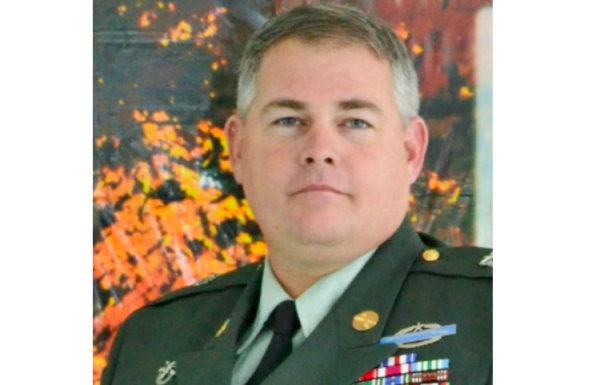 Master Sgt. Larry Hawks, a retired engineer sergeant who served with 3rd Special Forces Group, is being awarded the Distinguished Service Cross on Friday for “valorous actions” in Afghanistan in 2005.

“[W]hile conducting armed reconnaissance of a town, [Haws] came under intense enemy small arms, rocket propelled grenade, and mortar fire,” Hawks' citation says, according to the Army. “While moving to interdict enemy combatants attempting to reposition themselves on the high ground west of the village, he discovered one of his comrades was pinned down by enemy fire. Sgt. 1st Class Hawks, without regard for his own safety dismounted from his vehicle and charged toward the enemy position on the high ground. Under continuous fire, he engaged and neutralized the enemy position.”

Hawks enlisted in the Army in 1988, USASOC spokesman Lt. Col. Loren Bymer told Task & Purpose in a statement. He deployed to Panama and Eqypt, as well as for Operations Desert Storm and Shield, with 2nd Battalion, 505th Parachute Infantry Regiment, 82nd Airborne Division.

After graduation from the Special Forces Qualifications Course and engineer training, he joined Bravo Company 1st Battalion, 3rd Special Forces Group. His other awards include the Silver Star, Bronze Star Medal with oak leaf cluster, Meritorious Service Medal, and many others.

SEE ALSO: Soldier awarded Distinguished Service Cross for picking up live grenade and throwing it back at the enemy