The 32nd-floor hotel room from which Stephen Paddock fired on concert-goers on Sunday was found littered with 23 weapons, accessories... 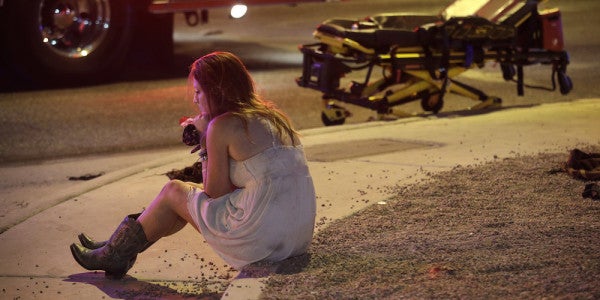 The 32nd-floor hotel room from which Stephen Paddock fired on concert-goers on Sunday was found littered with 23 weapons, accessories like scopes and tripods, and thousands of rounds of ammunition.

The arsenal allowed Paddock to kill 58 people and wound more than 500, making it the worst mass shooting in recent US history.

The gunfire also left wounds with which local hospital staff had limited experience.

Many of the most severely wounded went to University Medical Center of Southern Nevada, which has the state's only level-one trauma center.

Even that facility struggled to deal with intense and extensive wounds — limbs and tissue fractured and shredded by the force of semiautomatic fire — the hospital's chief of trauma surgery, Douglas R. Fraser, told The Washington Post on Oct. 3.

“These were quite large wounds that we saw,” Fraser said. “The fractured shrapnel created a different pattern and really injured bone and soft tissue very readily. This was not a normal pattern of injuries.”

A bullet fired by a semiautomatic weapon travels about three times as fast as a handgun bullet, and it causes damage not only as it enters or exits the body but also by creating shockwaves that ripple through tissue and cause more damage.

A number of the patients at the University Medical Center were grazed by bullets or wounded by rounds that had passed through other people. Some were trampled or injured while trying to flee. But about 30 people had been hit directly and were in critical condition.

Fraser said many had gunshot wounds to their chests and required tubes so they could breathe. Others required surgery on their bowels and intestines.

A number of wounds were similar to the kind seen on the battlefield, prompting University Medical Center staff to call four Air Force trauma surgeons who were taking part in a visiting-fellow program at the hospital.

“They are used to seeing those things,” Fraser told The Post.

Between the Las Vegas hotel room and Paddock's homes elsewhere in the state, police have found 47 guns that belonged to the shooter and which appear to have been acquired legally in four states, with Paddock passing background checks in some cases.

Nevada allows the purchase of high-caliber weapons and ammunition and of high-capacity magazines. Some of the rifles found in the room were capable of penetrating body armor used by police.

Authorities are still investigating whether any of the guns found in the hotel room were modified to fire in full-automatic mode, but the technology that allowed Paddock to fire semiautomatic weapons like fully automatic ones — so-called bump stocks that use recoil energy to fire more rapidly — can be purchased online with no government oversight.

Police officers stand by as medical personnel tend to a person on Tropicana Ave. near Las Vegas Boulevard after a mass shooting at a country music festival nearby on October 2, 2017 in Las Vegas, Nevada.Photo by Ethan Miller/Getty Images

The scale of the carnage and the armaments Paddock was able to acquire legally have reinvigorated the debate over the regulation of weapons and ammunition sales in the U.S..

The American Public Health Association and the American Medical Association have renewed their calls for measures like background checks and waiting periods. The American Academy of Pediatrics also called for stronger state and federal gun laws.

But other high-profile legislators have cautioned against such action.

Louisiana Republican Rep. Steve Scalise, who only recently returned to Congress after being severely wounded in a shooting this summer, said the shooting in Las Vegas had “fortified” his stance on gun control. He said the first response should be prayer and aid for those affected rather than “promoting our political agenda.”

Senate Majority Leader Mitch McConnell said on Oct. 3 that it was “inappropriate to politicize” the shooting. McConnell did not rule out future action, but, echoing White House spokeswoman Sarah Huckabee Sanders, he said, “I think it's premature to be discussing legislative solutions if there are any.”