Lawmakers Demand Answers On VA Experiments That May Kill Dogs

Members of Congress sent a letter to the Department of Veterans Affairs asking for more information about the department’s experiments... 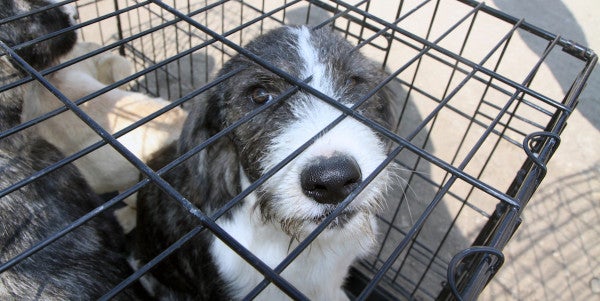 Members of Congress sent a letter to the Department of Veterans Affairs asking for more information about the department’s experiments on dogs.

“We are concerned that the VA’s description of these experiments as ‘observational’ is inaccurate and misleads Congress and taxpayers to believe that the studies are harmless,” the letter reads.

The letter was coordinated with the White Coat Waste Project, which focuses on animal experiments. Members reviewed documents obtained through a Freedom of Information Act Request.

The letter cites a research application that was approved in October that entailed breeding Doberman dogs with narcolepsy, injecting them with methamphetamines or antidepressants, and then killing them.

“We are also concerned that without access to FOIA documents, we would not have known the VA was providing misleading information or that dogs were even used in these experiments at the Greater LA VA,” the letter stated.

The letter comes a month after Florida Republican Rep. Vern Buchanan sent a letter to Missal asking for an investigation into animal surgeries and deaths at a VA facility in Richmond, Va.