Rep. Elise M. Stefanik is one of 100 lawmakers signing onto a letter urging the Army not to award back... 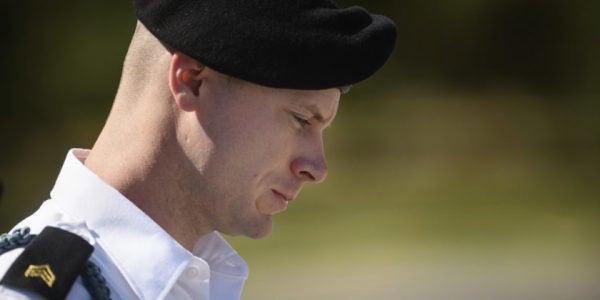 Rep. Elise M. Stefanik is one of 100 lawmakers signing onto a letter urging the Army not to award back pay to Bowe Bergdahl.

The letter, organized by Rep. Rick Crawford of Arkansas, comes following reporting by the Army Times that Bergdahl, captive for five years, is eligible for back pay and extra pay for captive soldiers that could be worth more than $300,000.

“That sends the wrong message to our servicemen and women, and I don’t believe the pay is deserved,” Rep. Crawford said, in his letter to Acting Army Secretary Ryan D. McCarthy. “While we should always do everything in our power to bring home prisoners of war, given the circumstances of Bergdahl’s capture and his admission of desertion, I don’t think it is appropriate to award that pay.”

Tom Flanagin, spokesman for Ms. Stefanik, said the congresswoman “has the utmost admiration and respect for those who serve our nation.”

“However, she believes the U.S. Army should not award (Bergdahl) back pay for the time his fellow soldiers were jeopardizing their lives trying to save him when, by his own admission, he had deserted his position,” he said, in an email.

Bergdahl pleaded guilty to desertion and misbehavior before the enemy in October, and was sentenced to a dishonorable discharge from the Army and a reduction in rank to private.