A Leaked Photo Reveals A Glimpse At China’s Next Supercarrier 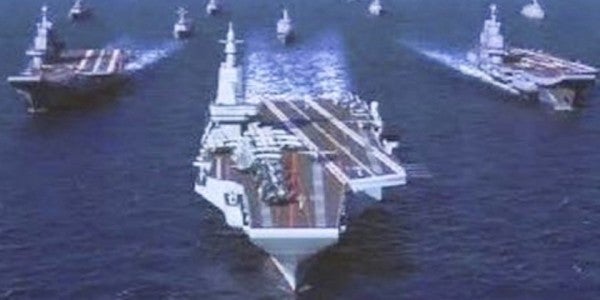 The “interesting question is what do they intend these carriers to do,” Daniel Kliman, a senior fellow in the Asia-Pacific Security Program at the Center for a New American Security, told Business Insider. “What would it enable China to achieve?”

“A lot of it's prestige,” Kliman said. And prestige is also about domestic politics.

“There's a lot of popular attention in China to its carrier program,” said Kliman, who added that a supercarrier is also an effective means to project power in the Asia-Pacific region and beyond, much as the US has used them for decades.

“Beyond that, China does see a real need to protect its far-flung investments and protect market access overseas,” Kliman said. “Carriers are certainly useful in that role.”

“Either they're going to try to take the fight to the enemy or it's about prestige,” Eric Wertheim, a naval expert with the U.S. Naval Institute, told Business Insider, adding that it's probably “a little bit of both.”

Wertheim said that people were seen crying when China's first carrier, the Liaoning, was commissioned because “there was such pride.”

So “is their goal to just dominate Asia” or to project power in other waters? Wertheim asked.