Leaving Afghanistan: How the first ‘Forever War’ might finally end.

"This 'plan,' like the Trump administration's negotiations with the Taliban, is fanciful. Victory will not be had just because you declare it." 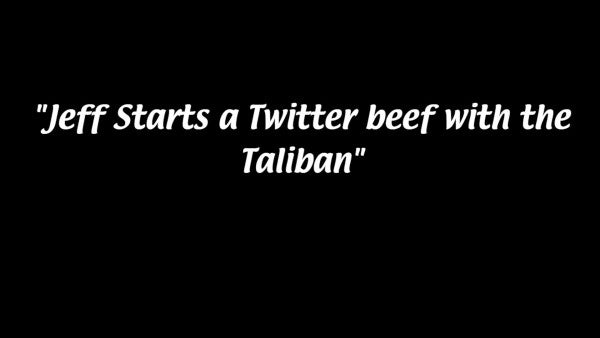 So, what's new in Afghanistan? Nothing. Every day is exactly the same, and it's been like that for near a generation. With no prospect of an actual victory on the horizon, two senators want to declare a symbolic victory so U.S. troops can leave. (This is how the British quit Afghanistan two centuries ago and it's been smooth sailing for Afghanistan ever since.)

The bill proposed by Sens Rand Paul (R-Ken.) and Tom Udall (D-N.M.) would give the U.S. government 45 days to come up with a plan for an “orderly withdrawal” and lay the groundwork for the warring sides to reach a political accommodation. The U.S. military would then have a year to leave Afghanistan.

“It's important to know when to declare victory and leave a war,” Paul said in a video posted on his Facebook page. “I think that time is long past, but hopefully we can all agree that the time has come. It's time to declare our mission over and our war won. It's time to build here, not there.”

It's certainly a tempting proposal. Your friendly Pentagon correspondent's editor has rightly pointed out that the only reason why Afghanistan cannot be called a “Forever War” is the conflict is sure to end abruptly 5 billion years from now when the sun explodes and destroys Earth. (However, Pashto grievances run so deep that the Taliban could be fighting in a parallel dimension by then.)

But it would be very hard to call the departure of U.S. troops from Afghanistan a “victory,” even under the Defense Department's liberal definition of “success.” For example, if a new weapon can do nine out of 10 things that it's supposed to do – the 10th being “actually working” – the Pentagon can say with a straight face that the weapon is 90 % effective.

Levity aside, the numbers do not tell a happy story about Afghanistan. Marine Gen. Kenneth F. McKenzie Jr., who will soon lead U.S. Central Command, told lawmakers in December the Taliban have roughly 60,000 fighters. That same month, a top Taliban commander told NBC News that up to 3,000 foreign fighters – a.k.a. Al Qaeda – are fighting alongside the Taliban. And the United Nations Security Council's latest report on Al Qaeda and ISIS estimates that up to 4,000 ISIS fighters remain in Afghanistan.

If the U.S. military leaves now, the Afghan government and security forces would fall apart, the Taliban would gain control over most if not all of southern and eastern Afghanistan, and Al Qaeda would enjoy free rein in the country, said Bill Roggio, a senior fellow with the Foundation for Defense of Democracies think tank in Washington, D.C

“This 'plan,' like the Trump administration's negotiations with the Taliban, is fanciful,” Roggio told Task & Purpose. “Victory will not be had just because you declare it.”

Paul did not respond to questions from Task & Purpose asking if he was concerned that a sudden U.S. military withdrawal from Afghanistan could result in the Taliban taking over the country and providing safe haven to terrorists.

Udall said in a statement that the U.S. government should use “smart diplomacy” to strengthen democracy in Afghanistan and ensure the Taliban do not support terrorism after U.S. troops leave the country.

“After nearly two decades in Afghanistan, where we have invested a tremendous amount of training and resources in the Afghan government and its security forces, we've built the foundation to secure a durable peace without a permanent military presence,” Udall said. “That's why I support negotiations to get a peace plan in place that will bring our troops home safely, and block the rise of terrorist outfits.”

“No one knows better than the Taliban the consequences that come from harboring terrorists who would threaten the United States,” he added.

Yet when Army Gen. Joseph Votel, the outgoing head of CENTCOM, testified before the House Armed Services Committee on Thursday, several lawmakers were openly skeptical about trusting the Taliban.

Rep. Michael Waltz (R-Fla.), a former Green Beret, asked Votel three times if conditions on the ground are stable enough for U.S. troops to leave Afghanistan before the general finally replied, “The political conditions and where we are in the reconciliation right now don't merit that.”

Although the United States has been able to draw down its troop presence considerably from a peak of 100,000 to about 14,000 now, the fight against terrorist groups in Afghanistan and elsewhere will last longer than a single generation, said retired Army Gen. David Petraeus, who led U.S. and coalition troops in Afghanistan from 2010 to 2011.

“We need to accept that and acknowledge that this requires a sustained commitment – albeit one that is sustainable in terms of blood and treasure,” Petraeus told Task & Purpose. “What we are doing now in Afghanistan – and also in Iraq and Syria and Africa and elsewhere – is absolutely sustainable, even as we embark on a renewed military focus on possible conflict with peer competitors, given the return of so-called great power rivalries.”

For retired Marine Maj. Ross Schellhaas, who deployed to Now Zad, Afghanistan more than 10 years ago, the only issue that matters is whether terrorist groups can still use Afghanistan as a base to attack the United States and its allies. The “emotional investment” of lives and limbs lost should not dictate if U.S. troops stay.

The U.S. military cannot remain in Afghanistan forever, so if the Taliban agree to prevent terrorist groups from using Afghanistan as a base of operations, the United States could say it has achieved its strategic objective following the Sept. 11, 2001 terrorist attacks, Schellhaas told Task & Purpose.

“The Taliban took control of Now Zad in 2014,” Schellhaas said. “A lot of my guys were upset. But that – like being killed or wounded – is the nature of being in the armed forces. No matter what the outcome, I'm proud of my Marines and sailors that I served with there and would do it all over again. But I don't take it personally. It's just part of the life we chose.”

“We'd all like to think that the sacrifices we make are enduring but the reality isn't always like that,” he continued. “Military folks in World War I and World War II can point to their service and say they saved the free world from tyranny. The U.S. military's '9/11 generation' can't point toward similar tangible results.”