Famed CBS television correspondent Morley Safer died on May 19 at his home in Manhattan, New York, at the age... 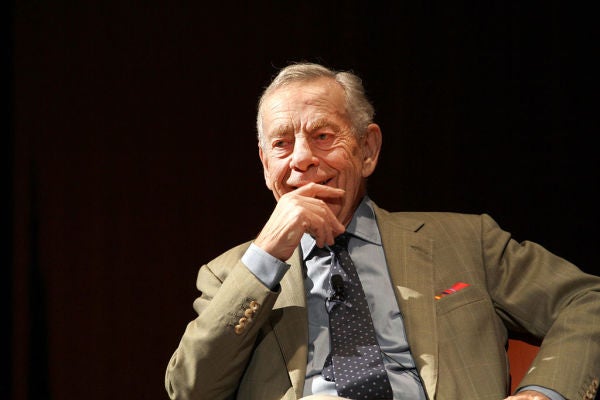 Famed CBS television correspondent Morley Safer died on May 19 at his home in Manhattan, New York, at the age of 84, just a week after retiring from almost five decades as the mainstay of “60 Minutes.”

At the time of his May 11 retirement, Safer had reported on the air for 61 years and broadcast 919 reports for CBS’ “60 Minutes,” where he profiled celebrities and politicians, and exposed corruption, scandal, and scams, reports the New York Times. Known for his distinct voice, poise, and self confidence, on camera Safer was unabashedly himself.

Safer’s reports seemed more more like conversations than interviews, with a mix of off-the-cuff quips or tough questions eliciting laughter, or sometimes anger. He travelled the world covering stories that ranged from the bizarre and uncanny, to those that were unexpected, and at times tragic.

Related: Nothing Was Out Of Al Webb’s Reach from Civil Rights, The Space Race, Jonestown, and War »

In August 1965, Safer brought the horrors of the Vietnam War into American homes when he reported on the destruction of Cam Ne, a hamlet in Vietnam, where Marines set fire to the villages’ thatched huts.

The news report angered viewers and even incited the ire of then-President Lyndon Johnson, who reportedly called CBS President Frank Stanton the day after the report aired, saying “your boys shat on the American flag yesterday.”

However, it solidified Safer’s reputation as a dogged reporter who understood the need for brutal honesty.

“This is what the war in Vietnam is all about,” said Safer in his CBS broadcast on Cam Ne, according to the New York Times. “The Vietcong were long gone. The action wounded three women, killed one baby, wounded one Marine and netted four old men as prisoners. Today’s operation is the frustration of Vietnam in miniature. To a Vietnamese peasant whose home means a lifetime of backbreaking labor, it will take more than presidential promises to convince him that we are on his side.”

Between 1964 and 1966, Safer spent three tours in Vietnam as the head of CBS’ Saigon bureau. His helicopter was shot down during a battle in 1965, after which he continued to report under fire.

In 1967 Safer toured China during Mao Zedong’s cultural revolution, and used the fact that he was born in Canada to pose as a tourist — reporters from the United States were banned. He covered the Soviet invasion of Czechoslovakia and civil war in Nigeria, where he was expelled for reporting on the theft of supplies intended for refugees. For the last four decades of his career, Safer produced features on topics ranging from bureaucratic corruption, crime, and profiled artists, writers and politicians alike.

Watch the special “60 Minutes” report on Morley Safer, a storied journalist who consistently found the humanity of a story, even in the most inhumane of situations.