The United States on Tuesday condemned all foreign military involvement in Libya, including the use of mercenaries and private military contractors, and said Libyans themselves must rebuild a unified country 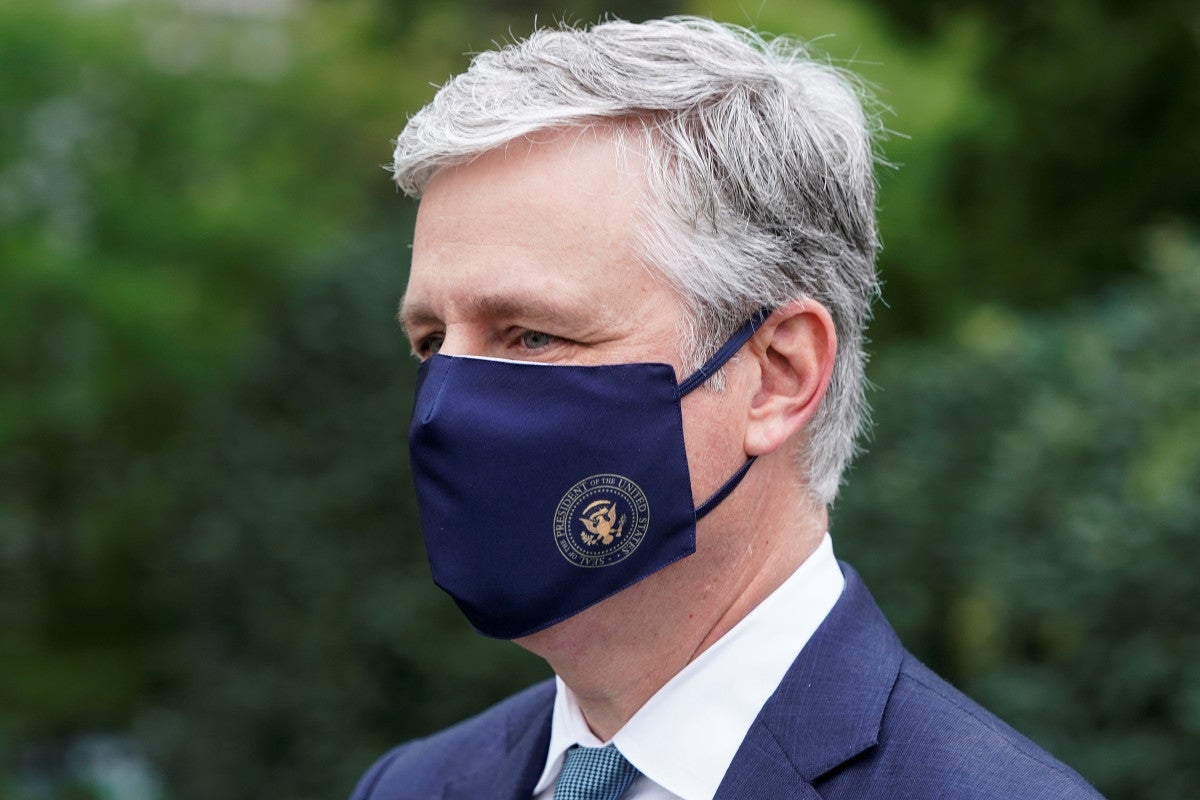 WASHINGTON (Reuters) – The United States on Tuesday condemned all foreign military involvement in Libya, including the use of mercenaries and private military contractors, and said Libyans themselves must rebuild a unified country.

U.S. President Donald Trump had spoken with several world leaders about Libya in past weeks, and it was clear there was “no winning side,” U.S. national security adviser Robert O'Brien said in a statement on Tuesday. He did not name the leaders.

He said efforts by foreign powers to exploit the conflict posed a grave danger to regional stability and global commerce.

He urged all parties to enable Libya's National Oil Corp to resume its work, with full transparency, and to implement a demilitarized solution for Sirte and al-Jufra, respect the UN arms embargo, and finalize a ceasefire under UN-led talks.

Libya descended into chaos after the NATO-backed overthrow of leader Muammar Gaddafi in 2011. Since 2014, it has been split, with an internationally recognized government controlling the capital, Tripoli, and the northwest, while military leader Khalifa Haftar in Benghazi rules the east.

Haftar is supported by the United Arab Emirates, Egypt and Russia, while the government is backed by Turkey.

UN Secretary-General Antonio Guterres has warned that there are “unprecedented levels” of foreign interference and mercenaries in the oil-producing country.

O'Brien, who returned to the White House on Tuesday after recovering from a mild case of COVID-19, said the United States was deeply troubled by the escalating conflict, and intervention by foreign powers undermined the collective security interests of the United States and its allies.

“Escalation will only deepen and prolong the conflict,” O'Brien said. “It is clear there is no 'winning' side. Libyans can win only if they come together to reclaim their sovereignty and rebuild a unified country.”

He said Washington was committed to playing an “active, but neutral” role in helping find a solution that supported Libyan sovereignty and protected the shared interests of the United States, and its allies.