As the rain poured, Karen Zannone’s new friend turned around and flashed a smile. Zannone and James Barton had spent... 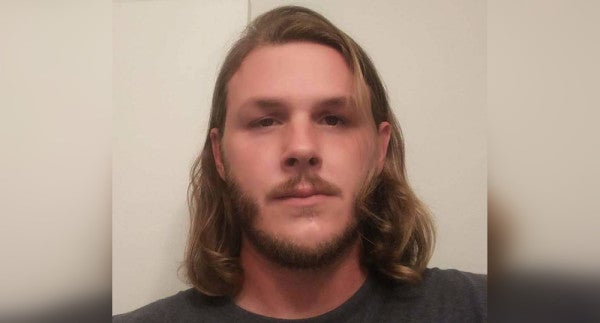 As the rain poured, Karen Zannone’s new friend turned around and flashed a smile.

Zannone and James Barton had spent hours at the beach Sunday before the storm moved in. Now they were hustling back to Barton’s car, but neither minded the refreshing dousing.

“I remember him looking into my eyes and saying, ‘This is so great, I love the rain,’?” Zannone recalled. “I said, ‘I love the rain, too.’ We were definitely hurrying up to get back, but he was very happy.”

The rain began to fall harder as Barton walked a half step ahead of her. Suddenly, Zannone felt a shock and saw a flash of light. She was thrown backward.

Her body buzzing and paralyzed, Zannone looked up from the ground in time to see Barton standing still, frozen like a mannequin. Then the 33-year-old Seffner plumbing contractor toppled over, face first, onto the sand.

“I thought I was dying,” Zannone said, sobbing as she recalled the moment, “but I thought, ‘I have to help him. I can’t let this happen to him.’?”

A lightning bolt can deliver 300 kilovolts of energy, or five to 10 times more than the average industrial electric shock. Fatal strikes often cause the heart to stop instantly.

An average of 10 people are killed annually in Florida, the state that receives more lightning strikes per square mile than any other. The chances of getting struck over a lifetime here are just 1 in 3,000, the National Weather Service says.

When Zannone and Barton stepped on to the beach that day, 500 people had been killed by lightning in Florida since 1959, according to National Oceanic and Atmospheric Administration records. Sunday also marked the start of the National Lightning Safety Council’s Lightning Safety Awareness Week.

He was kind and funny, with a gentle spirit and sense of adventure, said Zannone, a 44-year-old systems analyst for Tampa General Hospital. They shared a passion for astrology, hot peppers and the beach.

They decided on Siesta Key for Sunday’s outing because Barton knew of a prime snorkeling spot along the barrier island off the coast of Sarasota.

On the ride down, Barton played a song called Bartender by the Dave Matthews Band, one of his favorite groups:

If I go before I’m old, oh brother of mine, please don’t forget me if I go…

Oh and if I die, before my time, oh sweet sister of mine please don’t regret me if I go

They parked near the Siesta Key Beach Pavilion and walked south along the beach under a blazing sun for about a mile, then swam. They lounged on the beach for a bit, then Barton swam south to Point of Rocks, an area of shallow water dotted with limestone formations. As Barton snorkeled, Zannone spent the next two hours or so reading at the water’s edge.

About 2 p.m., dark clouds began to roll in from the south. Raindrops pattered onto the pages of Zannone’s book, a memoir called Love Warrior by Glennon Doyle. As the sky grew darker and lightning flashed, swimmers hustled out of the water. Zannone spotted a smiling Barton walking up the beach.

“He said the water was clear and beautiful and he had a great time,” Zannone said.

She grabbed her bag and they started the long trek to the car. About 10 minutes later, the sky opened wider.

“I’m not afraid of storms and neither is James, so we weren’t thinking about it in a fearful way even though it was really, really bad,” said Zannone, a Florida resident since 1989.

“I’m beating myself up about why I didn’t say, ‘Let’s just go find shelter.’?”

Barton was just a foot or two from Zannone when the bolt hit. She’d once been shocked while plugging in a home appliance, and this jolt felt “10,000 times worse,” she said.

Looking up from the sand, she saw light dancing above Barton’s head. Sparks flared near his waist. He fell over.

Stunned and unable to move, Zannone screamed Barton’s name, though she couldn’t hear herself. She summoned the strength to roll to her knees and dragged herself to him. She yanked his smoking swim fins from under his arm and tossed them aside. She screamed for help.

Michelle Trippi of St. Petersburg was gathered with some friends on a covered patio at the nearby Peppertree Bay vacation rentals when the bolt struck.

Her husband had been standing just outside the pool gate, and the force of the strike knocked him off his feet.

“The clap was loud enough to be felt in your stomach and chest,” Trippi said.

They heard cries for help and Zannone appeared on the sandy walkway, yelling for someone to call 911. Trippi, 42, and others ran with Zannone back to Barton, who was lying motionless in the sand. They turned him over and began cardiopulmonary resuscitation.

“He was already so blue when I got to him, and cold almost,” Trippi said.

Lifeguards and paramedics arrived and loaded Barton into an ambulance. Zannone rode up front, praying as paramedics continued to pump Barton’s chest.

When they arrived at Sarasota Memorial Hospital, Zannone overheard one of the paramedics say something like, “He’s gone,” to another hospital worker. She broke into sobs.

For Barton’s friends and family, grief swirls with disbelief.

Danny Kubisiak, Barton’s close friend and roommate, finds himself waiting for him to burst through the door of their mobile home and greet his black cat, Ace. He said Barton loved remote control cars, virtual reality video games and fishing.

“It was kind of his getaway,” he said. “There’s no sound, just you and the ocean, and he loved every minute of it.”

Barton was born at Tampa General Hospital, the oldest of three boys, and grew up in Tazewell, Va., a small town west of Roanoke, said his mother, Talena Goad. He served four years in the U.S. Army and moved to Florida about eight years ago. She called him an “awesome man of God.”

A Sarasota County Sheriff’s Office report notes that Barton had a mark on the back of his head and a wound on his chin, possibly an exit wound from the lightning bolt. When Goad saw her son’s body on Monday, he looked like he was sleeping peacefully. A nurse told her he’d died instantly.

Goad believes his death is part of a grander plan she doesn’t yet understand.

“I don’t know why, but God handpicked him for a reason, and that’s what’s giving me peace,” she said.

Zannone is struggling to find her own peace.

Physically, she thinks she’s okay. The tingling in her feet stopped after a couple of days. Her heart is fine and she was waiting Friday for MRI results. But the images from the beach play in a loop in her mind.

She wonders why it was Barton and not her. And she wishes they had just walked straight off the beach.

“People need to take storms seriously and seek shelter immediately. I never thought this would happen but it has, and it was a horrific experience that will never leave me.”