"If you're looking to save money -- let's start with cutting those people who think closing Parris Island is a good idea." 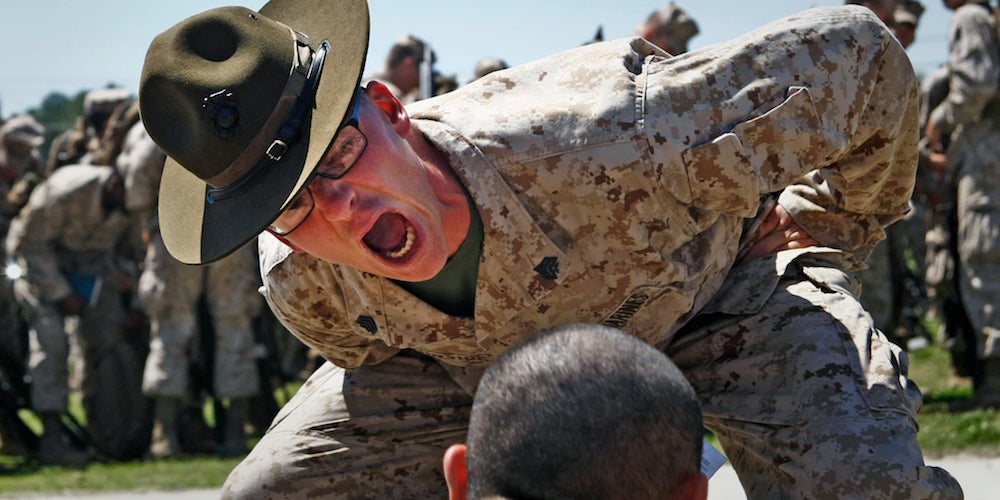 The mere possibility of the Marine Corps shaking up where it trains new recruits has drawn swift backlash — at least in one state.

Political leaders in South Carolina are “activating” a task force to meet next week following Military.com’s exclusive Thursday report that the Marine Corps is weighing the option of opening a new boot camp site. Such a move would mean a big change for the service, which has historically sent new enlistees to its legendary recruit depots in San Diego and Parris Island, South Carolina.

“It ain’t gonna happen!” Sen. Lindsey Graham, a South Carolina Republican, tweeted on Friday. “If you’re looking to save money — let’s start with cutting those people who think closing Parris Island is a good idea.

Marine leaders have stressed that no decisions about changing training sites have been made. The Post and Courier newspaper in South Carolina reported that leaders in the state said they’d still been blindsided by the news that a change was even possible.

“The heart of the United States Marine Corps beats on Parris Island, and Beaufort County has proudly welcomed recruits from all over the country for generations,” Sen. Tim Scott, a South Carolina Republican, said in a statement to Military.com. “I am confident that as they review plans for consolidated training, the Marine Corps will determine that Parris Island makes the most sense both financially and logistically to train Marines for decades to come. Parris Island will not close.”

Related: The Marines are nowhere near ready for gender-integrated boot camp, commandant says

“Our Lowcountry military bases are so important to our culture, economy, and national security,” he said, referring to the state’s coastal region.

South Carolina Gov. Henry McMaster, a Republican, also stressed the importance of the training depot’s historic and economic ties to the state.

“Simply put, there is nothing Governor McMaster won’t do to protect Parris Island and its status as one of the best military training installations in the world,” Brian Symmes, McMaster’s spokesman, said.

Capt. Joe Butterfield, a Marine spokesman at the Pentagon, said the service is “simply exploring all options” as it faces a congressional mandate to make its entry-level enlisted training coed. The 2020 National Defense Authorization Act directs the Marine Corps to implement gender-integrated training at Parris Island within five years and at San Diego within eight.

Female recruits currently only ship to Parris Island, and have historically trained in separate companies from men. That changed last year when the first-ever coed company graduated from Parris Island.

The Marine Corps has since trained more coed companies, but Commandant Gen. David Berger said on Thursday that the service’s aging training facilities at its depots won’t support it year-round.

“Nothing, the way we’re organized right now, lends itself to integrated recruit training,” Berger said, adding that they’d need to make changes on both coasts or look at a “third location.”

Butterfield added on Friday that, due to a variety of limitations, “neither Marine Corps Recruit Depots Parris Island nor San Diego are currently able to optimally train recruits in an integrated environment.”

“We are exploring all options to accomplish this integration, while also realizing the vision of the 38th Commandant’s Planning Guidance related to modernization of our training facilities to ensure our Marines remain capable, relevant and lethal in the future,” he said.

McMaster announced on Friday that the South Carolina Military Base Task Force “has been activated.” Next week, the governor tweeted, “federal, state and local officials will convene for a commanders briefing on Marine Corps Recruit Depot Parris Island.”

The task force, according to the state’s website, coordinates with public and private sectors “to maintain a significant U.S. Department of Defense presence in South Carolina.” The task force also addresses quality-of-life issues for service members and their families in the state.

The governor’s office did not respond to questions about how much revenue Parris Island brings to the state annually. Though boot camp graduations have been halted during the coronavirus pandemic, they typically bring people from across the country to South Carolina.