This weekend I joined millions of Americans in seeing Lone Survivor, the story of Operation Red Wings, a mission gone … Continued 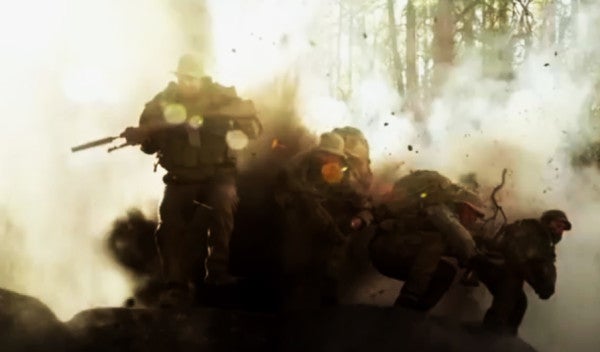 This weekend I joined millions of Americans in seeing Lone Survivor, the story of Operation Red Wings, a mission gone awry that saw 19 brave men lose their lives on a mountainside in eastern Afghanistan.

The film finished the weekend at number one, wildly defeating studio expectations. It has generated a lot of buzz and created a long-overdue conversation about the war in Afghanistan.

The dialogue that the film has created includes a segment aired on CNN featuring an interview between Jake Tapper and the subject of the film, Navy SEAL and Navy Cross recipient Marcus Luttrell.

Tapper shares his impression of the film with Luttrell, which he says echoes the way he feels when he thinks about the war in Afghanistan, a feeling of hopelessness and senselessness. Luttrell appears to take objection.

“Well, I don’t know what part of the film you were watching, but hopelessness never really came into it,” he replies.

Dissent is patriotic. Critical thinking is patriotic. And while 2.5 million American men and women have served in Afghanistan and Iraq, how many Americans have been directly impacted by the wars? How many have actually contemplated the mission, the service, the sacrifice?

Tapper’s sin was not his question, but rather that it has taken us 13 years to ask it. More than 2,000 American men and women have died in Afghanistan and we only now, only once it’s presented before us in a Hollywood movie, contemplate whether it is worth it?

In the film, some of the most harrowing scenes come when the SEALs, attempting to evade the Taliban, have no choice but to retreat down the mountain.

Effectively, they hurl themselves from the side of the cliff – falling, tumbling, and crashing into trees, rocks, and debris, their rifles clattering off of bounders as their bodies bounce down the rough and rugged terrain.

It's a poignant metaphor for this war – brave men diving head-first for their survival, heroic victims of awful circumstances.

It's not hopeless, but it's sure senseless. And that senselessness derives not from the merits of the mission, but from its execution.

For me, the most emotional part of the film came after it was over, when the faces and names of the fallen were shown on the screen. Wedding pictures, images of them with their families. 19 brave men, among the 2,165 American service members killed in Afghanistan since 2001.

Go see the movie.Join the thousands of veterans and military spouses launching their careers today with Hirepurpo.se