The Los Angeles City Council on Wednesday unanimously approved a $5.75-million settlement with the parents of a Marine veteran who died after an LAPD officer stunned him six times with a Taser during a Christmas Eve altercation five years ago 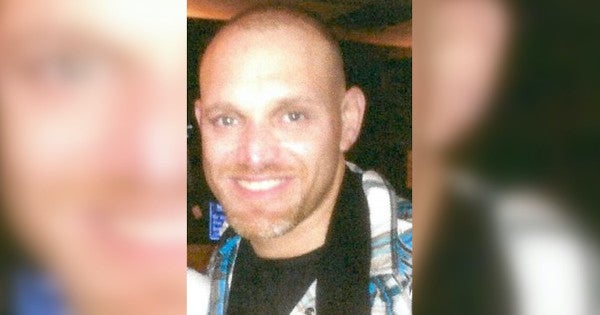 The Los Angeles City Council on Wednesday unanimously approved a $5.75-million settlement with the parents of a Marine veteran who died after an LAPD officer stunned him six times with a Taser during a Christmas Eve altercation five years ago.

Michael Frederick Mears, 39, went into cardiac arrest about an hour after he was detained on Dec. 24, 2014, and died two days later. A Los Angeles County coroner's report determined Mears died from ventricular dysrhythmia because of an enlarged heart and noted that cocaine intoxication and police restraint by a Taser were contributing factors. His death was ruled a homicide by the coroner.

A federal jury in November 2017 awarded Mears' family $5.5 million after finding that officers used excessive and unreasonable force while seeking to restrain him.

“It is very hard on the family members, all this time waiting for justice. The trial was ever so tough for them, but when the city appeals and drags it out for two years, it is particularly painful,” said Brian Dunn, one of the family's attorneys.

Mears' roommate called paramedics on Christmas Eve 2014 reporting that the military veteran was having a paranoid episode and complaining that someone was coming to get him. An LAPD sergeant and five officers responded to Mears' South Los Angeles apartment and tried to physically restrain him before using pepper spray and batons, records show. During the confrontation, one of the officers — Jonathan Gan — discharged a Taser, striking Mears six times over the course of three minutes, according to court documents.

Law enforcement personnel can use Tasers in two ways: either by firing two electrified darts from several feet away, delivering a sharp shock that freezes a person's muscles and temporarily incapacitates him, or in “drive-stun mode,” in which the device is pressed directly against a person's skin and creates pain to gain compliance.

“The death was ruled a homicide by the coroner because of the electronic restraint procedure,” Dunn said. “The officer with the Taser applied it for 32 seconds at one point.”

The time during which the stun gun was administered to Mears is more than twice the 15-second maximum recommended by the Police Executive Research Forum, which advises police departments across the country on policy.

A year after Mears' death, the Los Angeles Police Commission deemed the use of force in the encounter within department policy, but it did warrant a tactical debriefing.

The report described a violent struggle in which officers repeatedly tried to restrain Mears, who was described as weighing approximately 305 pounds and covered in blood, acting in a manner that made him unsafe to approach. Gan said he didn't recall discharging the stun gun for such a long period of time and thought the weapon had an automatic turn-off after five seconds, according to the commission's summary.

Attorneys for the city declined to comment on the settlement Wednesday. During the jury trial, the city's lawyers argued that Mears was responsible for his own death because of a rage fueled by cocaine and said officers were trying to stop him from harming himself and others.

The deadly encounter is still under review by the district attorney's office, a spokesman said Wednesday.

In finding that officers used excessive and unreasonable force while restraining Mears, the jury said the Police Department had inadequate training when it came to less-lethal restraint methods.

An investigation by Reuters has examined records of more than 1,000 people who have died in the United States following encounters with police in which Tasers were used either on their own or, more often, as part of a larger use of force. According to the 2017 investigation, medical examiners cited the Taser as a cause or contributing factor in the death in at least 153 cases. A U.S. Department of Justice-funded study, however, found that 99.75% of field uses of stun guns resulted in no injuries.

A Times investigation in 2016 found that of the 1,100 times an LAPD officer used his or her Taser, the weapon worked just 53% of the time.