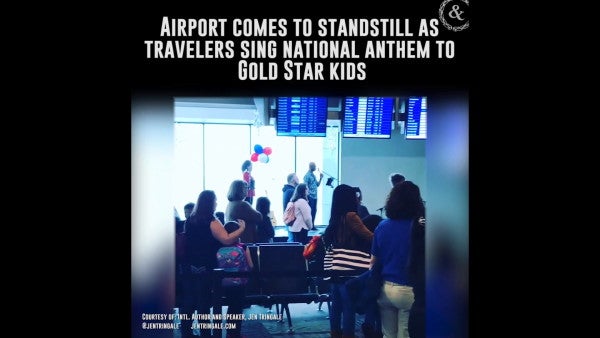 A bipartisan group of lawmakers has sent a letter to the heads of the House and Senate committees in charge of passing annual defense legislation, urging them to put in place a proposal that would give extra cash to low-income military families.

The proposal, which is included in the House version of the 2020 National Defense Authorization Act legislation, would extend to some troops a new monthly “basic needs” allotment aimed at decreasing the number of families who seek regular support from food pantries.

Just who qualifies for the subsidy would be calculated based on the service member's base pay plus income of other household members, including their spouse. If that income falls at or below 130 percent of the federal poverty rate, which is based on household size, they would be eligible to receive the difference in the form of a monthly payment.

For example, an E-3 currently makes about $23,774 in base pay annually. If he has four dependents — a spouse and three children, for example — the difference between his income and 130 percent of the federal poverty rate, which is about $39,200, sits at about $15,450. Assuming he has no other household income, he would receive about $1,288 a month under the new subsidy, according to the proposal.

Related: Should Low-Income Military Families Get a Food Allowance? White House Says No

The 2020 NDAA is currently going through a process known as “committee” to deconflict the separate versions passed by the House and Senate. Measures like the new subsidy that are included in one version but not the other are often abandoned.

The letter, sent by a group of 31 Republican and Democrat representatives from across the U.S., urges lawmakers to put the new subsidy into law.

“Military hunger and troop readiness go hand in hand,” the letter states. “The Military Family Basic Needs Allowance would ensure that service members are able to provide the basic needs for their family members, eliminate unnecessary stress and anxiety and contribute to optimal mission readiness.”

Data on military family hunger and use of the federal food stamp program, known as SNAP, is notoriously difficult to track. In 2016, the Government Accountability Office recommended the Pentagon start keeping track of use of food support programs, but whether that information is being accurately collected remains unclear. Totals from the Census Bureau in 2017 showed more than 16,000 active-duty troops received food stamps that year.

Advocates said they see this measure as a first step to addressing food insecurity among military families because the subsidy factors in only base pay, not Basic Allowance for Housing (BAH), an allotment that changes by duty station, reflects local cost of living and is factored into food stamp eligibility. The new measure would also require the Pentagon to notify families of their possible eligibility through the Defense Finance and Accounting Service versus requiring troops to ask for the benefit.

Related: Why Do Military Members Qualify for Food Stamps?

“We think that it's a great start just because of the way that it would be implemented coming down from DFAS,” said Jennifer Davis, a deputy director of government relations for the National Military Family Association.

She said pushing lawmakers to eliminate BAH from the notoriously controversial SNAP eligibility equation outright was a “non-starter.” Working instead to give families a common-sense extra benefit, she said, is “cleaner.”

“We're not going into that gray space that everyone seems confused by,” Davis said.

Lawmakers are expected to release a final version of the 2020 NDAA in the next several weeks before it heads for a last vote and, finally, to the president's desk for his signature.