In Defense Of The M27 Infantry Automatic Rifle

After reading the article, “The Marine Corps’ Rifle is Super Expensive – And No One Knows Why,” I spent a... 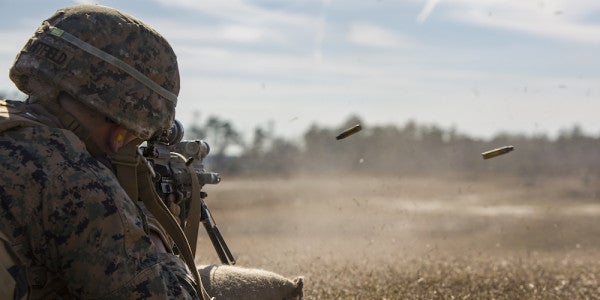 After reading the article, “The Marine Corps’ Rifle is Super Expensive – And No One Knows Why,” I spent a few days pondering my response. I have spent almost ten years working to improve the USMC infantry rifle, and I think this article gets it largely wrong about the M27 Infantry Automatic Rifle.

The Commandant of the Marine Corps was so impressed by the performance of the M27 in testing and the Marines’ confidence in it that he ordered Marine Corps Systems Command to purchase the Approved Acquisition Objective and fully field the weapon. There was no secret conspiracy to somehow subvert the JCIDS process or the Federal Acquisitions Regulations (FARs) and cause the Heckler & Koch M27 IAR to become the USMC Service Rifle.

Here’s eight reasons that this is the rifle our Corps needs now, and at the right price:

As for Mr. Sal Fanelli, a lead engineer at MCSC, I have worked with him for about ten years through this and other initiatives. He, and all Federal Acquisitions professionals like him, are subject to oversight and scrutiny unlike most any other field in the service. Everything he has done has been checked and rechecked by attorneys, Inspector General personnel, Marine Gunners, and of course, by every firearms manufacturer looking for a contract and the elected officials who represent them. The article, the very title of which no less, calls his professional reputation and personal integrity into question, and considering Mr. Fanelli’s honorable service to the USMC, deeply saddens me.

The M27 has proven to be extremely durable when compared to the M16A4 and M4/M4A1, retired CWO5 Christian Wade writes.U.S. Marine Corps/Lance Cpl. Jorge A. Rosales

The M27 IAR is coming. The USMC is the Primary Inventory Control Activity for this weapon and can begin to effect ECPs to further improve its performance and characteristics. To name a few potential ECPs, Marines would not complain if the rail was lighter and more versatile. A Short Barrel Rifle Upper Receiver Group (SBR URG) is being considered and new suppressor technologies are in the works. Marines of Weapons Training Battalion, Quantico, have also created an advanced trigger system to improve on quick-reaction automatic fires employment. This weapon will take the USMC Infantry to the next generation of service weapons — a system the US Army continues to develop as I write. What of all of those $1329.00 M4/M4A1 rifles that will be released by the Riflemen in Rifle Squads? Those will be re-purposed to Marines across the MAGTF so that they can benefit from a rifle the USMC and US Army have already proven superior to the M16A4. Those M16A4s can go away.

I believe the T&P; M27 article was premature and improperly sourced. The evidence on which I base this claim? I need only read the comments below to know. To suggest a conspiracy rife with malfeasance on the part of good men like Sal Fanelli or USMC General Officers (or folks like me, for that matter) is unfortunate. And no, I don’t work for H&K.; I am happily retired in a snowy northern state and I don’t work for anyone.

Christian Wade is a retired Chief Warrant Officer-5/Marine Gunner, having served 30 years on Active Duty in all four Marine Divisions. As an Enlisted Marine, he served as an Anti-Armor Marine, a Scout-Sniper, and Sniper Instructor. As an Officer, he served as an Infantry Weapons Officer. He is a combat veteran of operations in Kuwait, Somalia, and has served four tours in Iraq, including during Operation AL FAJR.