The Army Needs A New Tank (Maybe Armed With Railguns And Lasers?)

The main battle tank is not likely to disappear into the history books as the horse cavalry units of old... 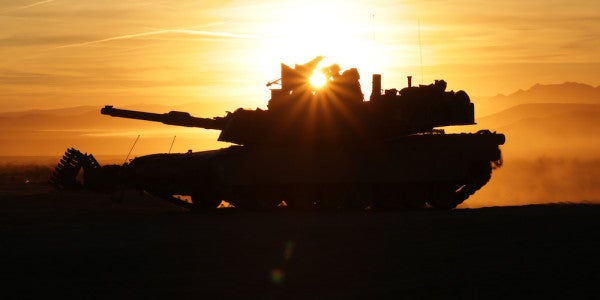 The main battle tank is not likely to disappear into the history books as the horse cavalry units of old did during the early part of the 20th century, but technological advancements might fundamentally change the nature of future armored vehicles. The U.S. Army is currently conducting an analysis of alternatives on what a future family of armored vehicles might look like.

“Are we sort of at that point in history where armored mechanized vehicles are going the way of horse cavalry?” U.S. Army chief of staff Gen. Mark A. Milley told an audience at the National Press Club in Washington, D.C. “I don’t think so, but I’m skeptical, so I’m going to continue to ask that.”

The 40-year-old M1 Abrams main battle tank remains a capable tank, but it is starting to show its age. As Milley noted, the long-serving vehicles have been extensively upgraded over the years and bears little resemblance to their original configurations under their skins. Almost everything on the vehicles have been completely revamped.

But the Abrams is likely at the very limits of its capabilities—the service needs a new main battle tank.

“We do need a new ground armored platform for our mechanized infantry and our tanks,” Milley said. “That is my belief, at least into the foreseeable future—over the next 25 years or so—there is a role to play in ground warfare for those types of formations.”

Milley said that a new family of ground combat systems would likely incorporate technologies such as active protection systems, reduced crews and automated turrets—similar in many ways to the technologies pioneered by the Russian Armata series of combat vehicles. And like the Russian Armata series, a future U.S. Army armored vehicle will be part of a family of related machines.Robotics, too, could play a huge role in

Robotics, too, could play a huge role in future family of armored combat vehicles. Milley said that every future vehicle should be dual capable so that a commander has the option of sending in a manned or unmanned version into a combat situation.

However, the single biggest breakthrough the Army could make is in materials. Steel, tungsten, depleted uranium and ceramic composites are tough and dense, and offer excellent protection when incorporated into an armor matrix. However, those materials are also heavy—which is why an Abrams tips the scales at nearly 70-tons.

“The holy grail of technologies I’m trying to find for this thing are materials—it’s the armor itself,” Milley said.

“Because if we can discover a material—there is a lot of research and development going into it—that is significantly lighter in weight that gives you the same armor protection, that would be a real significant breakthrough.”