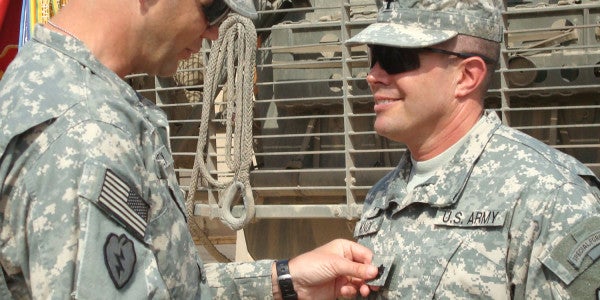 Every year, hundreds of officers approach a professional development milestone that will determine whether they achieve what many consider a lifelong goal. That milestone is the battalion command selection board. Though they’ve put in hard work over countless hours to become competitive for this board, most officers are uninformed about how the Army selects battalion commanders and slates them to specific units.

Even officers I worked with at U.S. Army Human Resources Command were not aware of the intricacies of the process. This post aims to close that knowledge gap by explaining the centralized selection list, or CSL, process. It is ultimately relevant for anyone who wants to compete for battalion command at some point in his or her career.

This article does not officially represent the Army or HRC. Rather, it is my interpretation of regulations, policies, and mentorship I’ve received from senior officers, lieutenant colonels slated for battalion command next year, and current/former members of HRC. It is also a reflection of my own experience as an officer currently in the midst of the CSL process. If I were to give a professional development class on the topic, this article is what I would teach.

I personally believe the process is both fair and efficient in selecting the officers with the most potential to succeed at the battalion level and beyond. I believe this because the CSL is truly performance based; there is no way to game the system. I agree with a peer of mine who said, “You simply won’t find a more merit-based selection process than the Army’s CSL. But it’s complicated and deserves a dedicated effort on the part of its participants to understand its nuances.”

The “CSL” refers to the Army’s process to identify, select, and slate officers for future battalion command. According to the present officer development model, the first consideration for battalion command is the CSL board, which occurs at year group + 16. For instance, this year’s battalion CSL board is considering officers who graduated in 1999, or year group 99, to take commands available in fiscal year 2017. Officers can compete in three battalion command boards, but have a much higher chance of selection in their first year.

The CSL board consists of officers in the ranks of colonel to major general. They convene at HRC in Fort Knox, Kentucky, to review officers who have been selected for promotion to lieutenant colonel. There is roughly one board member from each branch represented in the candidate list. Operations division is the largest with 12, while other divisions have as few as five board members.

Click on thumbnail for infographic summarizing the CSL process

Many documents influence the CSL board. DA Memo 600-2 guides the conduct of active-duty officer selection boards. DA PAM 600-3 prescribes officer professional development and career management. The Army chief of staff provides specific guidance to the board in the “Fiscal Year CSL Command and Key Billet Slating Guidance.” (That link is an example. You can find the current slating guidance at this CAC-enabled link.) The board also references information regarding each competed command, like the number of principal and alternate command requirements allotted for that fiscal year.

It is each individual’s performance, represented by the board file documents, that truly determines whether an officer is selected for command. The DA photo, officer record brief, officer evaluation reports, and derogatory information paint the total picture for each board member. Aside from the board file, the most important input that individual officers have to the CSL board is the command preference designation, which I will discuss shortly.

In tightly closed sessions, the board members review hundreds of files in their respective divisions — operations, operations support, and force sustainment — and cast votes on the strength of each officer’s file. (Here for a very comprehensive video guide to the selection board process.) If you aren’t sure what constitutes a strong board file, call your HRC branch assignment officer and ask. That’s what they’re there for.

This order of merit list, or OML, is the most influential output of the CSL process. Board members use a voting system to generate a “1 to X” ranking of the officers; number one is the highest-scoring officer. The OML determines which officers have risen above their peers to earn battalion command opportunities, as well as the amount of preference each officer will receive during slating. It’s helpful to think of each officer’s score as a combined opinion of the board members, expressed in numerical terms.

Many do not realize that the board may also recommend officers to “show cause for retention” based on substandard performance of duty, misconduct, moral and professional dereliction, and/or actions inconsistent with national security. Officers with undesirable information in their files may incur risk by competing for CSL selection.

It’s important to note that the CSL board process occurs according to division. So board members from operations division — infantry, armor, artillery, engineers, etc. — screen and select only officers from operations division. This means unlike promotion boards, which combine the branches and divisions into generally a single pool of officers, the CSL board members are more familiar with the career-specific characteristics of the files they assess. It also means that during your command look, the board will compare you to similar, but not identical peers.

The Army groups command opportunities into subcategories. Some subcategories are branch-specific (i.e. only civil affairs officers can compete for civil affairs commands) and some are available to officers from multiple branches and divisions (branch immaterial commands). Installation commands, for example, can be filled by almost any branch. Specifically, infantry branch officers are eligible to compete in two tactical subcategories: infantry operations and maneuver operations.

The CPD Is Your Vote

Officers competing for command may preference the available subcategories and commands through a program called command preference designation, or CPD. Officers have several weeks prior to the CSL board to log on and verify that they want to compete for command. After they “opt in” for command, officers must rank order every subcategory and then every command within that subcategory. Note: officers must opt in using this process to be considered for command.

Here is an excerpt from the CPD guide that HRC sends to each competing officer:

This subcategory and unit ranking comes into play after the board members cast their votes and establish the OML for each division. With a complete OML in hand, the board starts at the top of the list and assigns each officer to a subcategory based on his or her CPD preferences. Each subcategory has an allotted number of principal and alternate command requirements. The top-ranked officer is awarded first choice of subcategory, becoming a principal selectee in that subcategory. Working down the OML, when principal slots are filled, remaining officers become alternates within a subcategory.

The result is a list of subcategories containing principal and alternate selectees in order of merit, which HRC will use to slate the individual officers to specific commands.

If you are confused about this process, consider this illustration. Let’s say there are 30 lieutenant colonels competing for battalion command in the two subcategories of tactical and installation. The Army deputy chief of staff for personnel and HRC have generated requirements for five principals and five alternates in each category, totaling 20 slots. The CSL Board screens the officers and generates an OML from “LTC 1” to “LTC 30.” They see that LTC 1’s CPD preference is tactical, so they assign him there. LTC 2’s CPD preference is installation and there are still 10 open requirements there, so she gets Installation. LTC 3 wants tactical, and he gets it because there are still nine requirements left after LTC 1 was slotted there. Fast forward to LTC 20, who will be the last officer selected as an alternate. She will get installation because that’s where the last spot happened to be after the first 19 officers on the OML were billeted as principals and alternates. LTCs 21 through 30 will not receive an opportunity to command in that fiscal year.

Post-board, the respective HRC branches receive the list of principal and alternate selectees and work with command management branch and within their divisions to slate officers to specific units. They reference DA PAM 600-3, the command slating guidance, CSL board documents, and take guidance from the HRC chain of command.

Each division and branch receives similar but tailored guidance regarding command slating. There is, however, an approved, algorithmic process by which officers are slated for specific commands. Branches have the difficult task of balancing an officer’s personal preferences, availability, skills, and experience with the needs of the Army. In general, higher placement on the CSL board OML increases an officer’s chance of getting the battalion he or she wants. Other factors influence the process, however.

Approval of the proposed battalion command slate begins at the branches and progresses through the HRC chain of command to the Army deputy chief of staff for personnel, and ultimately the Army chief of staff. Each level of command confirms the authenticity of the process and ensures compliance with the Army Chief of Staff’s guidance. This process takes several months.

It’s important to realize that the only input a competing officer has into the slating process is the CPD. Branch will not field calls from officers trying to influence their assignment. Not only is it unethical, there is a prescribed procedure that branches follow for command slating. They have to justify anomalies to every level in the Army chain of command.

Before HRC releases the list, it conducts a post-board screening to “ensure that only officers of the highest standards are selected for command at the COL or LTC level.” For each officer slated for future command, HRC looks for substantive derogatory information in the files of the Criminal Investigation Command,the Army’s Office of the Inspector General, the Central Clearance Facility, and the restricted microfiche. A general officer review board will then review the information and decide if it warrants removal from the selection list.

The battalion CSL slate comes out about six months after the board concludes. HRC sends out a prepositioned list to senior commanders, then publishes it on the HRC website. If a principal selectee does not want the command opportunity that the Army offered, he or she may decline that command. Officers who decline command will not receive another opportunity to command.

When a gap occurs on the principal command list either through declination or other unexpected factors, HRC command management branch activates the first alternate on the OML not separated by subcategory. If the number of available commands decreases, usually due to force structuring, then the officer who was slated to take that command becomes an unslated principal. Unslated principals may end up filling a gap in the principal list or compete again the following year, similar to those who defer consideration for command.

The battalion command assignment officers at each branch are the nexus of this process and stay in constant coordination with command management branch, their division, and the officer population when slate changes must occur.

Hopefully, you will walk away from this post with a better understanding of how the Army selects its battalion commanders. I want to emphasize that this post is not an official representation, but simply my thoughts based on experience and research. I recommend you visit your HRC branch page and check out this video about selection boards.