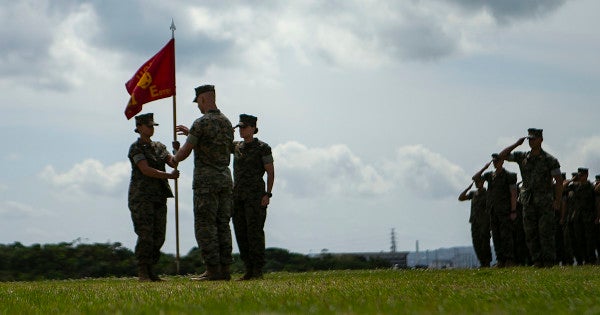 The Justice Department has appealed a Texas judge's ruling that the country's male-only draft registration system is unconstitutional.

Attorneys for the Selective Service System filed paperwork Monday over a ruling in February by Houston-based Judge Gray Miller, who decided that the U.S. government's requirement that only male U.S. citizens register for a potential draft is discriminatory under the Fifth Amendment's equal protection clause.

Miller stopped short of ordering the Selective System to include women, and it continues to require that only men register at age 18.

But the federal government appealed the case after the plaintiffs this month requested a motion to expand the ruling to require that either both genders register, or neither do.

In its opposition to the request, the government argued that such a decision would be “particularly problematic.”

“It would impose a draft registration on all eligible American women by judicial fiat before Congress has considered how to address the matter. No party before this Court represents the interests of those who would be impacted by this,” wrote Justice Department attorney Michael Gerardi on April 15.

The appeal now moves the case to the Fifth U.S. Circuit Court of Appeals. It was initially filed in 2013 by Texas resident James Lesmeister and San Diego resident Anthony Davis, backed by the National Coalition for Men, who argued that it is discriminatory because it precludes 50 percent of the population from draft eligibility.

The legal case continues as a congressional commission debates whether the country needs a system for a military draft and who should be required to register.

The National Commission on Military, National and Public Service is expected to release a report next year on recommendations for the Selective Service System and other federal opportunities for public service.

Between February and June, the commission plans 14 public hearings on public and military service. On April 24 in Washington, D.C., members will hear from experts on the need for compulsory or voluntary military mobilization and national emergencies. The next day, they will consider arguments for and against the current male-only system and future requirements.

In his argument against an injunction, Gerardi said that a judicial ruling before the commission has issued its findings would be inappropriate. “It should be left to Congress in consultation with the executive branch and military officials, to determine how to revise the registration system in response.”

SEE ALSO: Why The All-Volunteer Force Struggles More Than Draftees

WATCH NEXT: France Is Bringing Back Conscription