A man wanted in Florida on several “stolen valor” charges was arrested in Ayer, Massachusetts, this week after a roommate... 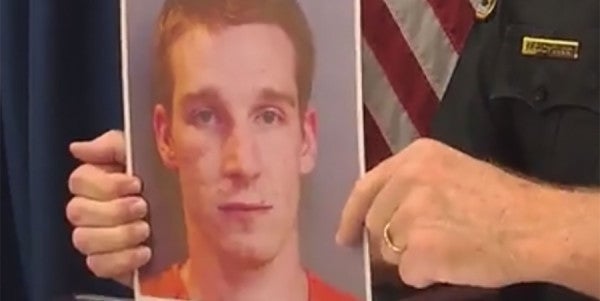 A man wanted in Florida on several “stolen valor” charges was arrested in Ayer, Massachusetts, this week after a roommate followed up on another one of his suspicious tales.

According to Ayer police, Kyle Barwan, 27, of Polk County, Florida, had at some point moved to Ayer, Massachusetts and was staying with a roommate. Police said that the roommate had started to become suspicious of Barwan's stories, which he said weren't “adding up.”

The resident did some research and discovered that Barwan had been arrested several times for impersonating military and uniformed personnel. The man contacted Ayer police, who determined that Barwan had a nationwide warrant out for his arrest, authorities said.

Barwan was taken into custody on Sept. 29 and appeared in court the following Monday, where he was held without bail. Polk County police are expected to pick him up and return him to Florida by mid-October.

Barwan's first run-in with the law in Florida occurred in January, when he told a woman on the online dating service “Plenty of Fish” that he was a military officer who had served five years in Afghanistan and England, according to WFLA. When the two met in public, Barwan showed her cellphone pictures of him in desert camouflage and claimed he had been shot in the face while storming a building.

Barwan allegedly asked the victim for $80 to help buy a video game controller for a benefit tournament being held to honor a soldier killed in war, WFLA reported.

During a dinner with the victim's family, Barwan pretended to receive a call from the military claiming that he had just been promoted to a captain. Several of the victim's family members had prior military experience and immediately became suspicious of Barwan's story, according to the Polk County sheriff.

The victim met with police in January and had Barwan arrested. When news broke of his story, several more victims came forward.

According to WFLA, Barwan allegedly scammed another woman he met on “Plenty of Fish,” this time claiming to be a Green Beret. Barwan also told her he worked as a paid mercenary for the CIA.

Over time, the victim sent Barwan money for food, phone bills and rent. After about a month, the victim felt that she was being lied to by Barwan and tried to cease communications with him.

According to WFLA, Barwan texted the victim that he was going to meet her at her house and that it was pointless to call the police because he was so well connected. She did not call police until after learning Barwan was in jail.

Barwan was released on felony propbation at some point after receiving his second stolen valor charge. Police said he immediately started scamming victims again, this time approaching people in a local park as a member of the Green Beret and soliciting donations for the homeless.

In late April, a woman who had been approached by Barwan alerted police of his activities and he was arrested again. He was placed on felony probation afterwards.

Barwan was enlisted in the Army National Guard of Kentucky in 2007, but was discharged in 2008 in less than 180 days for failing to meet medical procurement standards, according to WFLA.

He has already served five years in federal prison for impersonating military personnel, according to Polk County police.