Man Arrested In Florida After Going AWOL 45 Years Ago

The Marion County Sheriff's Office in Florida and the U.S. Air Force have provided more details on the accused military... 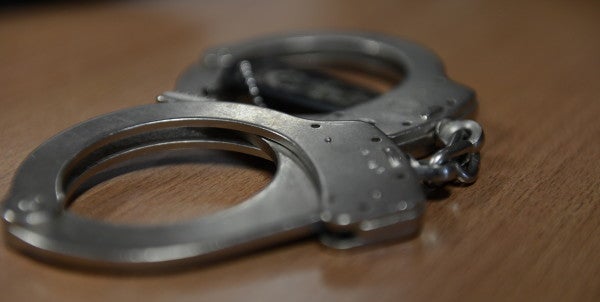 The Marion County Sheriff's Office in Florida and the U.S. Air Force have provided more details on the accused military deserter who was apprehended on Tuesday.

Deputies and several U.S. Air Force special agents, according to a Sheriff's Office report, met at the intersection of West State Road 40 and Southwest 80th Avenue. There, agents told deputies they had an arrest warrant for Linley Benson Lemburg for leaving the U.S. Air Force in 1972. Military agents also told the deputies that Lemburg lived nearby and that he goes by the name William Michael Robertson.

Lemburg was detained without incident after they saw him on his morning walk roughly two blocks from his home.

In custody, Lemburg asked his wife to give deputies his driver's license, which had the name William Michael Robertson. The agent placed Lemburg in a vehicle that transported him to the Marion County Sheriff's Office, where he was fingerprinted. His fingerprints matched prints he gave the military decades ago, according to the report.

Once a judge reviewed a search warrant, Lemburg's home was searched. After the search, Lemburg was transported to MacDill Air Force Base in Tampa.

“The MacDill AFB Office of Special Operations apprehended Linley Benson Lemburg (alias: William Michael Robertson) on March 21, on charges of desertion, which is a crime that falls under the UCMJ Article 86, Absence without leave. As the closest military installation to where Lemburg was found, MacDill AFB authorities are investigating the allegations associated with Mr. Lemburg's case, which is still under investigation. At this time, he is being held by MacDill officials on base until the pending trial (AKA Courts Martial) no more investigative information can be released.

Lemburg, he noted in an email, served as an “Air Force Office of Special investigations Special Agent from 1968 until his desertion” on Feb. 14, 1972. Amann said he was serving in Philadelphia.

Neighbors who live near Lemburg in the quiet community had nothing but praise for Lemburg. They described as a quiet and helpful, noting he would do anything for anyone. One neighbor said Lemburg would clean the gutters for those who could not do it themselves and would not charge them. Another said he would display flags at different seasons in front of his residence. Others said Lemburg worked at Home Depot for a time.

Some said they feel he should be released.

A woman who answered the door to Lemburg's home Wednesday declined to comment.