The charge against Francisco Saul Rojas-Hernandez is connected with a scheme that entangled some two dozen Camp Pendleton Marines, at least 13 of whom left the Corps in the wake of human trafficking and drug accusations 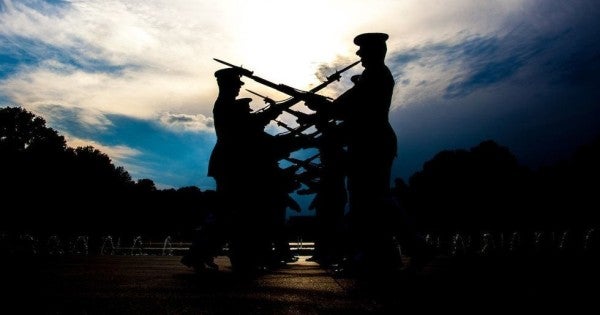 Federal prosecutors have filed a conspiracy charge against a man accused of recruiting and paying Marines and other United States citizens to transport unauthorized immigrants throughout San Diego County shortly after they crossed from Mexico into the U.S.

The charge against Francisco Saul Rojas-Hernandez is connected with a scheme that entangled some two dozen Camp Pendleton Marines, at least 13 of whom left the Corps in the wake of human trafficking and drug accusations. Military prosecutors dropped most of the charges in the high-profile case late last year after a judge ruled the mass arrest of 16 Marines in front of their 800-person battalion last summer was unlawful.

Rojas-Hernandez is accused of conspiring with the Marines and others to transport the unauthorized immigrants within the U.S. “for financial gain,” according to a criminal complaint filed last month in U.S. District Court. NBC7 first reported the charge against Rojas-Hernandez on Wednesday.

An attorney for the defendant did not immediately respond Wednesday night to a message seeking comment.

During questioning, those two Marines said a man they knew as “Rojas” had paid them, “recruited them and organized the smuggling operation,” according to a probable cause statement written by Katelyn Thompson with the Naval Criminal Investigative Service.

One of the Marines identified Rojas-Hernandez when shown a photo lineup, according to the document.

Over the next few months, Border Patrol agents arrested several other U.S. citizens who gave the name “Rojas” when identifying who had recruited and paid them to pick up unauthorized immigrants near the border, according to the statement. In some cases, those people also picked Rojas-Hernandez out of a photo lineup.

According the court document, Border Patrol agents linked at least six cases to Rojas-Hernandez, starting with the July 3 arrests of the two Marines and ending with the arrest of another U.S. citizen last month, on Jan. 13, in the Boulevard area.

But even as investigators were collecting evidence and building a case against Rojas-Hernandez, the military criminal cases against the Marines were falling apart.

In November, a Marine Corps judge ruled that the arrests of more than a dozen Marines implicated in the scheme were unlawful because of the way they played out.

The July 25 arrests were captured on video by the Marine Corps and first published by the Union-Tribune in November.

At first, 16 Marines were called to the front of their unit — 1st Battalion, 5th Marines — and accused of human smuggling. They were arrested by a swarm of 40 to 50 law enforcement agents and marched away in handcuffs. Another eight Marines suspected of unspecified drug offenses also were taken out of formation, and some were detained by battalion personnel and hauled off to the brig.

Marines in the formation that day testified during a Nov. 15 hearing that their commanders called the accused Marines a “cancer” on the battalion.

The cases against the Marines fell apart after that hearing. The judge ruled the mass arrest was an unlawful violation of their rights due to “unlawful command influence,” which occurs when a commander uses his position of authority to influence court proceedings.

In December, military officials said most of the Marines' charges would be dropped, and the cases would be dealt with administratively, outside the military court system. Many of the Marines were or were expected to be discharged from the Corps.

As of Dec. 3, six Marines had pleaded guilty at courts-martial, and four were still facing criminal charges, according to a statement that day from Marine Corps officials.