Marcus Luttrell: ‘I Challenge All Of You To Fight For This Country’ 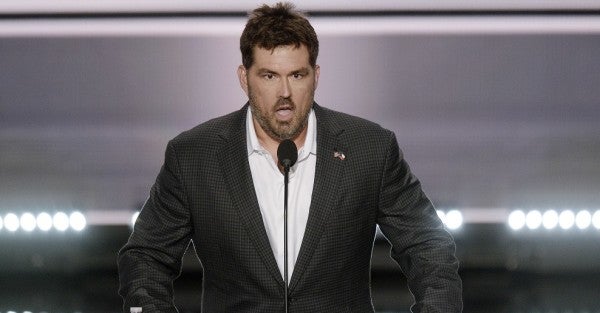 On July 18, at the Republican National Convention in Cleveland, former Texas Governor Rick Perry introduced Navy Cross recipient and former SEAL, Marcus Luttrell who spoke from the heart about his military service and national security, saying frankly: “The only way we’re going to keep America safe is to have an elite military.”

After reading off the teleprompter for a few minutes, Luttrell said he was going to just “speak from the heart.”

“To the next generation, your war is here, you don’t have to find it,” Luttrell said, rallying the crowd. “Who among you will love something more than you love yourself? I challenge all of you to fight for this country and each and every one of us.”

Luttrell said he had a chance to “speak with Mr. Trump, and I know he understands what it’s going to take to fix this.”

He added: “We’ve got to make sure the hell that veterans return from is not the hell they come home to.”