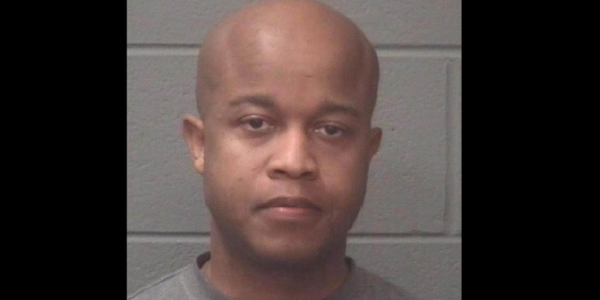 From the Jacksonville Daily News:

Thomas is accused of posting one nude photo of a 24-year-old woman in addition to posting six photos of that same woman wearing nothing but her underwear, according to warrants.

The woman is not in the military, according to JPD Media Liaison Beth Purcell, but she and Thomas were previously in a relationship.

Purcell declined to specify whether the woman knew about or consented to the photos being taken, citing the ongoing investigation.

The police department learned of the incident when it was reported to them on April 14, the same day the photo was allegedly posted, Purcell said.

Thomas’ arrested came the same day that acting Secretary of the Navy Sean J. Stackley  released an interim revision to Navy regulations effectively criminalizing the non-consensual distribution of explicit images by sailors and Marines, according to the Daily News. It is unclear if any other service members have been formally reprimanded under the new regulations yet.

Earlier this month, Naval Criminal Investigative Service director Andrew Traver announced that military investigators had identified at least 27 individuals — including 15 active-duty Marines — believed to have engaged in “criminal activity” as part of the non-consensual distribution of explicit photos on the Marines United Facebook group.

And in March, new social media guidance published by the Marine Corps connected illicit internet activity with Article 92, or failure to obey a lawful general order: “Marines must never engage in commentary or publish content on social networking platforms or through other forms of communication that harm good order and discipline or that bring discredit upon themselves, their unit, or the Marine Corps.”

A spokesman for the 2nd Marine Aircraft Wing told Task & Purpose that New River personnel are working closely with both NCIS and local authorities “to ensure a thorough investigation” in Thomas’ alleged crimes.