A Camp Lejeune Marine who was armed with an assault rifle has been charged after fleeing from the Highway Patrol... 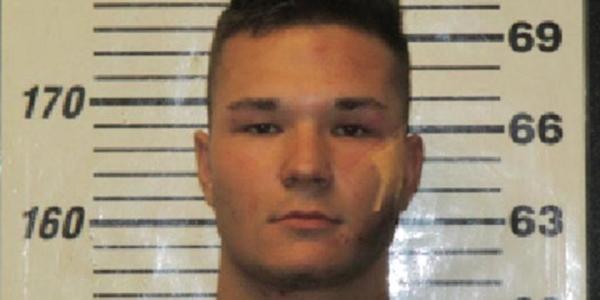 A Camp Lejeune Marine who was armed with an assault rifle has been charged after fleeing from the Highway Patrol in a high-speed pursuit over the weekend in Carteret County, North Carolina.

Lance Cpl. Michael H. Sells, 19, was speeding down Nine Mile Road in Newport at more than 100 mph about 4:30 p.m. Saturday and took off at a higher speed toward N.C. 24 to avoid being stopped, said Trooper Ryan Onofrio.

“I clocked him going 123 mph and when I turned around to stop him he started accelerating and turned onto (highway) 24,” Onofrio said.

Onofrio said a pursuit began and Sells continued down N.C. 24 into Cape Carteret and crashed when he attempted to turn right onto Enterprise Avenue between Lowe’s Foods and Lowes Hardware at a high rate of speed.

He hit the embankment and crashed near the bank.

Onofrio said when he went up to the car, Sells was trying to load an assault rifle but he was able to disarm him and place him in handcuffs and no shots were fired.

Onofrio said there were several pedestrians nearby who stepped in to help after the car crashed.

Sells was driving a Nissan 350Z and was not injured in the crash. He was arrested and held in custody in Beaufort until he was turned over to his command.

Onofrio said Sells traveled at speeds up to 140 mph and the posted speed limits ranged from 35 mph to 55 mph.

No other vehicles were hit and there was no property damage other than to Sells’ car.

Onofrio said alcohol use was not a contributing factor.

Sells has been charged with felony fleeing to elude arrest, careless and reckless driving, speeding, improper passing, failing to heed lights and sirens, exceeding the posted speed limit and resist, obstruct and delay.