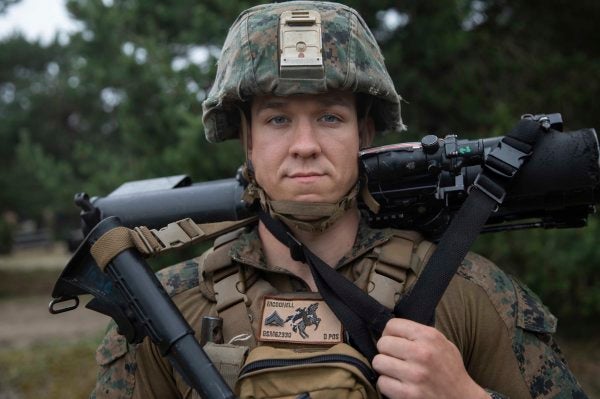 “It was a pretty mangled wreck,” McDonell told ABC 15. “The passenger was hanging out of the window.”

Despite the car being on fire, McDonell quickly evacuated the three passengers from the flaming wreckage, according to 1st Lt. Dan Linfante, a Corps spokesman. Now McDonnel's unit intends to recommend that his heroism be recognized, though it has not yet decided on exactly what final award will be, Linfante said.

“McDonell displayed extreme courageousness and selflessness in responding to the car accident,” Lt. Col. Gabriel Diana, battalion commander, told Task & Purpose in a statement. “I know I speak for the collective when I say that 1st Battalion, 2nd Marine Regiment could not be more proud of Cpl. McDonell's actions or more thankful for the lives his actions likely saved.”

Diana said he was not surprised by McDonell's actions, given his training and instincts as a Marine.

Along with others who stopped to help, Linfante said, McDonell treated the victims until medics arrived on the scene. Additionally, Linfante said McDonnell accompanied victims to the hospital and helped comfort them and their families until he finally left many hours later.

“It was a situation that just happened,” said McDonell. “Anyone could have done what I did. I was just the first person to act on it.”