A Marine Colonel Was Drugged In A Colombian Pub, Then Robbed. Now He’s Forced To Retire

A military board has recommended forced retirement for a Marine colonel who was slipped a tranquilizer during a night on... 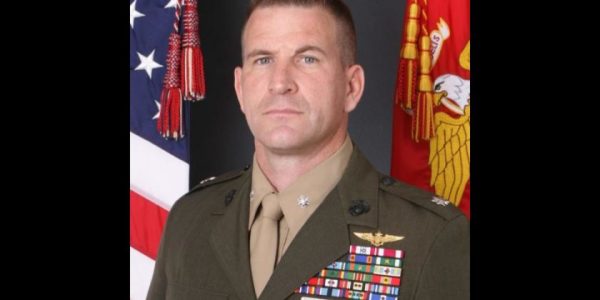 A military board has recommended forced retirement for a Marine colonel who was slipped a tranquilizer during a night on the town in Bogotá, robbed and led around like a zombie before winding up in a Colombian hospital along with two other drugged Marine officers.

Col. Roger T. McDuffie, a Harrier pilot, was the most senior Marine in a South Florida unit on a Jan. 21-Feb. 4, 2017, field trip to the Colombian capital to map out U.S. Marine operations there. An initial, internal investigation conducted by the U.S. Southern Command Marine affiliate found some Marines broke curfew, ventured into a forbidden zone, consorted with prostitutes and brought some back to their hotel — only to be robbed of government property and hospitalized.

A board of inquiry, an administrative procedure less serious than a court-martial, considered the case Jan. 11 at Camp Lejeune, N.C., and found that McDuffie was guilty of “substandard performance” and “failure to demonstrate acceptable qualities of leadership required of an officer in the member’s grade,” said Gina Levy of the U.S. Marine Corps Forces Command, which handled the investigation.

“The board recommended involuntary retirement, in grade,” she said, adding that a final determination of his case will be made by the Secretary of the Navy, Richard V. Spencer, a 1976-81 Marine helicopter pilot turned investment banker. Three generals sat on McDuffie’s board.

The larger group of Marines started their night with drinks at the home of a Marine attaché assigned to the U.S. embassy, according to an internal investigation obtained by the Miami Herald. They moved on to the Ugly American Bar & Grill, a bar popular with embassy workers for its hamburgers, and then hit the Colombian Pub, according to the report.

McDuffie’s attorney, Aaron Meyer, however, described the colonel as vindicated by the board.

Meyer said he presented evidence to the board that showed the colonel was drugged while socializing in an approved bar, the Colombian Pub, in an area where the U.S. military was allowed to go in a night on the town, long before curfew. At the hearing, he told the panel of general officers it was as though the colonel was in a “sort of zombie-like state.”

Meyer said they were preyed upon by women, not prostitutes, from a gang that used spotters to target victims, “drug them, watch them, glom onto them when they are susceptible and ultimately rob them.” The lawyer said he called the chief toxicologist from the Armed Forces Medical Examiner’s Office to explain to the panel “the severe and universal effects of Benzodiazepine poisoning. Once you’re drugged by Benzodiazepine, all bets are off. You are completely susceptible and malleable.”

The Drug Enforcement Administration says that, when lawfully used, Benzodiazepines are prescribed to treat insomnia and anxiety. It can cause amnesia. Trade name products include Valium, Xanax and Ativan. When used illicitly, the class of drug known as “benzos,” “downers,” and “tranks” are meant to “produce a euphoric effect” or “to facilitate sexual assault,” according to the DEA.

Once drugged, the lawyer said, McDuffie was “incapacitated in a state of 100 percent compliance … and couldn’t possibly be held responsible by any common sense or a legal standard for being led around by them in the hours thereafter.”

An internal investigation described the drugged officers as being led into the hotel by the women in the early hours of the morning of their scheduled return — and led past other Marines mustering for their flight to Miami. Instead, McDuffie was robbed of iPhones, an iPad and cash — and landed in the hospital, the investigation found.

“There was zero intent to violate any governing orders, binge drink, or carouse with women,” the attorney said by email. “Colonel McDuffie, as the senior Marine present, failed in his broader duty to set the conditions that might have prevented such a drugging,” Meyer said. “Essentially, a Marine officer is responsible for everything that happens or fails to happen under his charge, and thus, in this case, despite the fact finders affirmatively finding that there was zero intentional or knowing misconduct as previously claimed, Colonel McDuffie will be forced to retire.”

A separate board examined the case of Marine Maj. Andrew L. Mueller, described as a theater security cooperation planner during his time at the Southcom affiliate. Levy said the panel “substantiated misconduct,” and found Mueller violated Article 92 of the Uniform Code of Military Justice covering dereliction of duty, “but recommended retention and that the case be closed.”

The Secretary of Navy will similarly get to weigh in on whether to accept the board’s recommendation.

Levy said another Marine major implicated in the episode, Mauricio Saenz, was scheduled to have his board at Parris Island, South Carolina, last week. Instead he chose to quit the service without a hearing on whether he should be allowed to keep his commission.

“Maj. Saenz requested to resign, and it was approved,” Levy said Monday, adding that the Marine Forces Command approved the request and sent it to the Secretary of the Navy, who has the ultimate say.