The circumstances around his firing are under investigation. 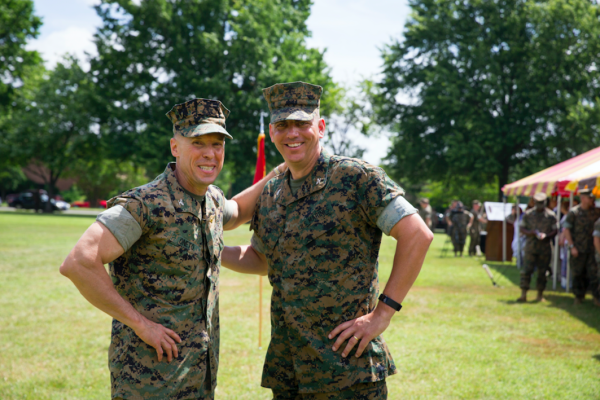 A Virginia-based Marine colonel was fired Thursday — becoming at least the second Marine commanding officer to be sacked this week — over an investigation into personal misconduct, Military.com has learned.

Col. John Atkinson, the former commanding officer of Headquarters and Service Battalion in Quantico, Virginia, was relieved “due to loss of trust and confidence in his ability to command,” said Maj. Simba Chigwida, a spokesman for Marine Corps Installations Command.

The decision was made by Maj. Gen. Vincent Coglianese, head of Marine Corps Installations Command, Chigwida said. The circumstances surrounding the relief are currently under investigation, but a Marine official with knowledge of the case said it involved “personal misbehavior.”

No additional details about the circumstances have been released as the investigation continues.

Atkinson is at least the second Marine commanding officer to be relieved by a general this week. On Monday, Lt. Col. James Compton was removed from his job as commander of Marine All-Weather Fighter Attack Squadron 242 in Japan. That squadron was involved in a deadly December midair collision off the coast Japan.

Atkinson has led Headquarters and Service Battalion since June 2017. The assault amphibian officer deployed to Iraq twice and previously served in multiple roles with Headquarters Marine Corps, including as director of fires and maneuver integration with Combat Development and Integration at Quantico.

SEE ALSO: Almost every US metric for the war in Afghanistan 'is now classified or nonexistent,' so obviously things are going swimmingly