"He didn't want the Marines and families at Camp Lejeune ... to get f---ed," one official told Newsweek 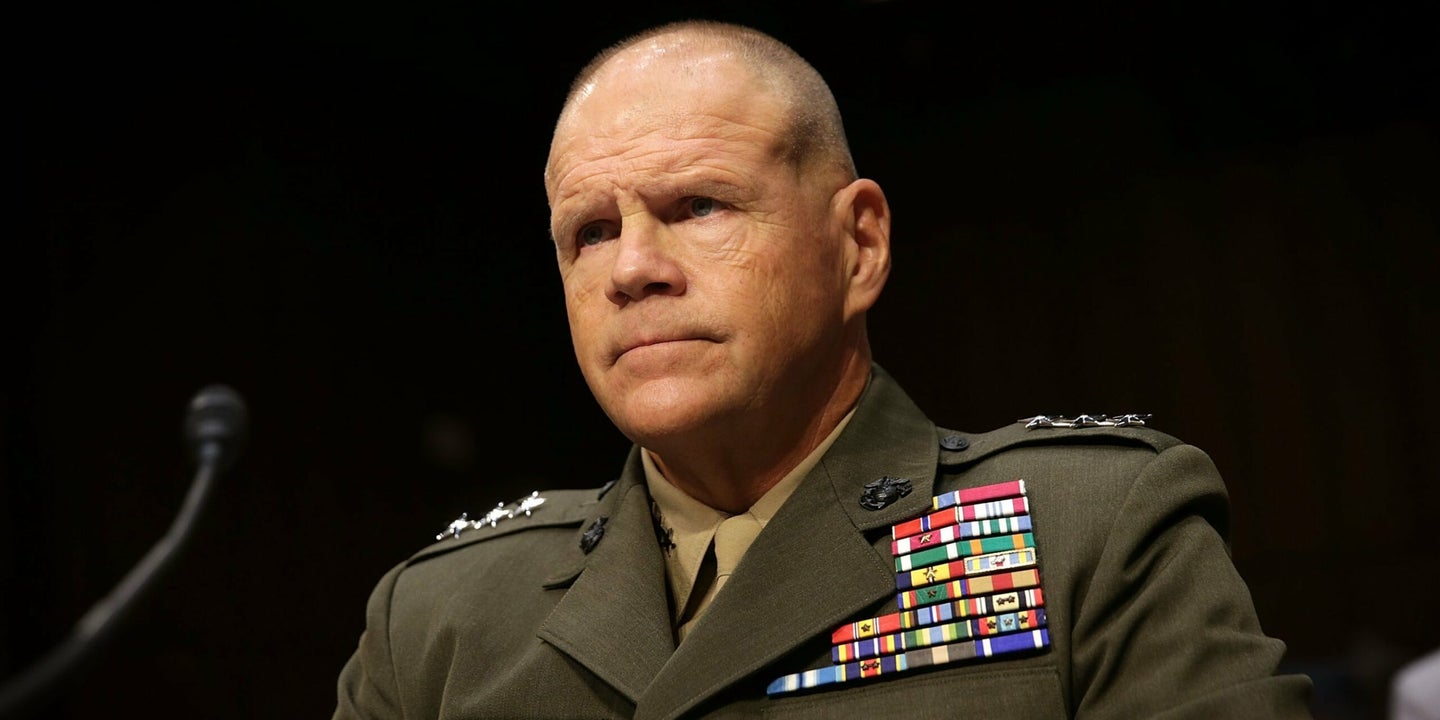 The commanding officer of the U.S. Marine Corps “allowed' critical, internal memos to leak to news outlets in March, according to a Newsweek report on Wednesday.

Marine Corps commandant Robert Neller allowed the leak to the Los Angeles Times and NBC News, according to two Defense Department officials cited in the report. The memos were signed by Neller and addressed to Navy Secretary Richard Spencer and Acting Secretary of Defense Patrick Shanahan.

Neller, a four-star general and a 44-year Marine Corps veteran, is said to have leaked the memos in an effort to warn the public of the negative impact of President Donald Trump's national emergency declaration.

Trump used his authority to declare a national emergency in February, bypassing Congress to obtain funding for his proposed barrier at the U.S.-Mexico border. House Democrats put forth a resolution to try to block Trump's national-emergency declaration, and a bipartisan group of House lawmakers mounted a last-ditch effort to override a presidential veto of that resolution. That effort failed.

The funds to pay for the barrier would be siphoned from military training operations and projects that have yet to be paid for, including ones from bases that are still reeling from the aftermath of Hurricane Florence.

In the memos, Neller explained that Trump's plan would be an “unacceptable risk to Marine Corps combat readiness and solvency,” and that the readiness of Marines, “will continue to degrade given current conditions.”

“He didn't want the Marines and families at Camp Lejeune … to get f—ed,” one official reportedly said to Newsweek.

Camp Lejeune, one of the major training grounds for the Marine Corps, sustained around $3.6 billion worth of damage after Hurricane Florence struck North Carolina last year. Around 70% of the homes on the base were damaged in the aftermath and 84,000 gallons of sewage spilled onto the base.

One of Camp Lejeune's projects that could be on the chopping block is a $65 million water-treatment plant. Camp Lejeune was embroiled in controversy after hundreds of thousands of troops and family members stationed at the base were exposed to contaminated water between 1953 and 1987.

“The optics of deferring this project could likely be a public relations disaster not just for the Marine Corps, but the Defense Department in general because of the past history at Camp Lejeune and water contamination,” Dan Grazier, a military fellow at Project on Government Oversight, previously told Business Insider.

In a statement to Newsweek, Navy Secretary Richard Spencer said Neller insisted he was not responsible for leaking the memo.

“I have personal assurances from the Commandant that he did not leak the memo himself, or direct or otherwise encourage any member of the Marine Corps or his staff to do so,” Spencer reportedly said.