Editor’s Note: This article by Gina Harkins originally appeared onMilitary.com, the premier source of information for the military and veteran community. MARINE... 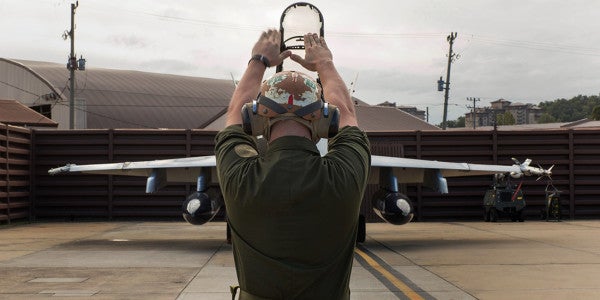 “One of the things I'm pretty excited about is that we gave them options,” Rocco said. “We gave the choices … where if they want to, they can sign up for two, four or six years.”

Manpower officials hope staggering pilots' contracts not only stabilizes the “inventory” of aviators so everyone doesn't leave at once, he said, but also signals to Marines that leaders want them to have more choices in their careers.

“That's a terrible environment to be in, where somebody's basically doing the same job … and gets a bonus and you're not,” he said. “Here, there is a bonus for everyone.”

“I didn't stick around because there was a bonus. I wanted to be around Marines, and a bonus just happened to be there,” he said. “I have acquaintances though where the bonus did keep them in… because at that point, it becomes a business decision when you reach that crossroad.”