How the missing Marines, sailor and amphibious vehicle were found

A U.S. Navy diving and salvage ship is on its way to the northwest end of San Clemente Island to begin recovering eight servicemen and a amphibious assault vehicle found after several days searching the seafloor 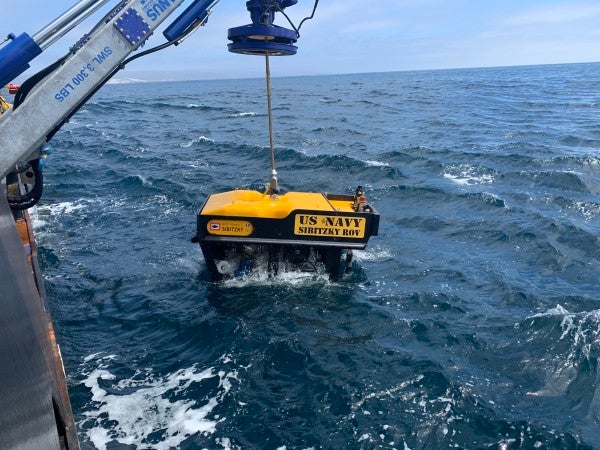 A U.S. Navy diving and salvage ship is on its way to the northwest end of San Clemente Island to begin recovering eight servicemen and a seafaring vehicle found after several days searching the seafloor.

The Navy ship should arrive in the next few days, a Marine Corps official said. “Everyone is working as fast as they can to get the assets out there.”

Another Navy ship, the HOS Dominator, typically used for submarine recovery, deployed its underwater remote vehicle to find the sunken amphibious assault vehicle. It had already been doing other work in the area and arrived off the island on Friday, July 31, jumping in to help with the search and rescue operation, which later became a recovery mission.

The armored-tracked vehicle sank on July 30, after leaving a beach on the island’s northwest side for a shore-to-ship training maneuver with the 15th Marine Expeditionary Unit from Camp Pendleton.

The AAV was on its way back to the USS Somerset, a Navy transport dock, when it started taking on water. There were 16 service members onboard; seven Marines were rescued after climbing from the AAV and one Marine, Lance Cpl. Guillermo S. Perez, 20, of New Braunfels, Texas, was declared dead at the scene.

With the coordinates provided, the Dominator’s remote vehicle, equipped with a video camera and sonar, searched the seafloor for 38 hours. On Sunday, Aug. 2, a second Navy ship arrived with an autonomous underwater vehicle that began doing grid searches with side-scan sonar.

The side-scan sonar covers a larger area than the sonar system onboard the Dominator’s remote vehicle.

The autonomous vehicle identified three points of interest. Armed with those coordinates, the Dominator’s crew lowered its remote vehicle back into the sea and found the sunken AAV sitting on a smooth sandy seafloor about 400 feet below the water’s surface. It also confirmed the missing servicemen with video, officials said.

The Dominator will remain on site and keep watch over the AAV and the service members.

When the new ship arrives and equipment is in place, a dignified transfer of the Marines and sailor will occur, officials said. They will be taken to Dover Air Force Base in Delaware under the care of Mortuary Affairs before they are released to their families.

Aleta Bath, whose son, Evan, is among those who died, said the upcoming recovery brings a bit of relief. “I know they’ll be bringing my baby home.”