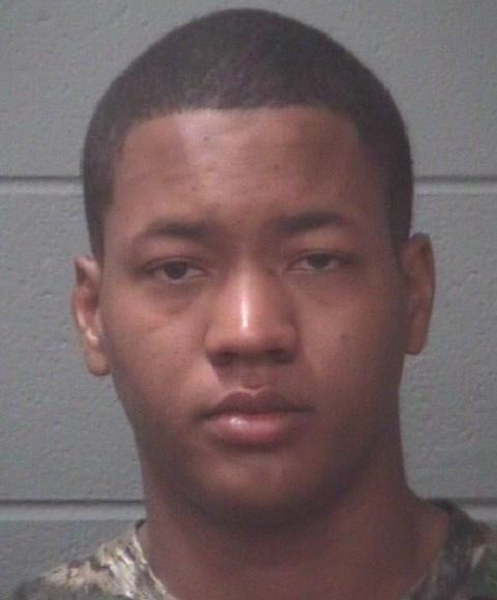 A Marine stationed at Marine Corps Air Station New River has been charged with arson after allegedly setting two fires at someone's home while it was empty.

The police department responded to a report of a suspicious person at a Laguna Bay Drive address around 10:30 a.m. Monday after the resident who lives there, who was not home at the time, received a call from a neighbor, JPD Public Affairs Coordinator Beth Purcell wrote in an email to The Daily News.

During the investigation JPD learned Bowen allegedly started a fire under the deck at the rear of the residence, Purcell wrote. Officers used a fire extinguisher on the flames and called in Jacksonville Fire and Emergency Services.

Officers also found an active fire in the fire pit in the backyard with a propane tank in it and used another extinguisher to put out that fire, Purcell wrote.

The windows on the front and back of the home had evidence of an attempted break in with pry marks and torn window screens, according to Purcell.

Bowen allegedly tried to run from law enforcement but was taken into custody, according to Purcell. Bowen is also accused of giving the false name of David Freeman to officers during the investigation, according to warrants, and Purcell wrote he was identified through a partial N.C. driver's license that was found burned.

“His command is fully cooperating with authorities,” Strickland wrote. “We do not condone these actions and we hold each Marine to the high standards we have for all of our Marines.”

“We encourage all to report suspicious activity to 911 as soon as possible,” Lt. Richard Kellum, a supervisor in JPD's Investigative Services Division, is quoted as saying in the email.

Bowen's bond totaled $12,500. He was scheduled to be in court for his first appearance on Tuesday, according to N.C. Courts.

Bowen has been banned from the property, according to Purcell. Bowen and the resident were not known to each other.