Why did the Marine Corps ban Confederate symbols? Commandant breaks it down

"Things that divide us are not good," Berger said. "Whatever [Marines] have in their homes is fine. When on government property, we have to think as a unit and how to build a team, a cohesive team." 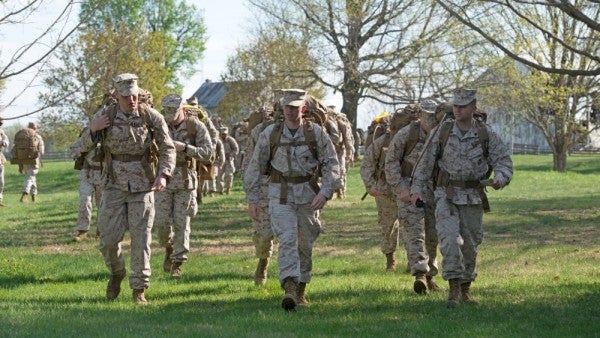 The Marine Corps is a combat organization that can't afford breakdowns in trust or unit cohesion, which is why the service's top general says he's banning all Confederate items on base.

Commandant Gen. David Berger acknowledged on Thursday that his recent directive to remove Confederate paraphernalia has been met with mixed reactions. But the general stood by the move in his first public comments about the controversial decision in an exclusive interview with Military.com.

“Things that divide us are not good,” Berger said. “Whatever [Marines] have in their homes is fine. When on government property, we have to think as a unit and how to build a team, a cohesive team.”

Berger, who spoke from the historic Army and Navy Club in Washington, D.C., said his decision to ban Confederate items wasn't based on a specific event. A week before his memo was issued, members of Congress held a hearing on extremism in the military ranks, including the rising threat of white supremacy.

Will other branches ban Confederate flags too?

At least one other military leader has been asked why his service isn't following the Marine Corps' lead and banning the items on base. A Coast Guard Academy cadet asked Commandant Adm. Karl Schultz this week if he would consider a similar decision for that service.

“If the use of such a derogatory object does not offend someone … shouldn't we be worried about their ability to effectively lead and understand people of all different backgrounds?” the cadet asked, according to The Day in Connecticut.

Berger said no other military leaders have consulted him about his decision to forbid Confederate items on Marine Corps bases.

The commandant said he expected mixed opinions on the policy. Some have applauded the decision, calling it long overdue. Others have accused Berger of attempting to strip the military of a part of its heritage.

Having grown up near the Mason-Dixon Line that separated the North and South and who studied at Tulane University, the New Orleans college that shut its doors during the Civil War, Berger said he's aware of what the flag means to many.

“We're trying to make it better.”