A Marine sentenced to 18 months' confinement and a bad-conduct discharge after a barracks confrontation turned bloody may now end up free, after a military appeals court determined that the presiding judge wrongly instructed jury members in the case. 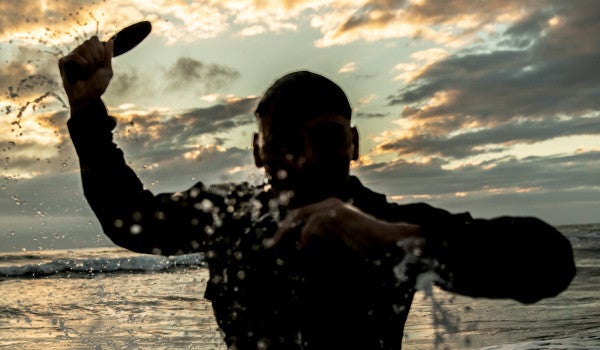 A Marine sentenced to 18 months' confinement and a bad-conduct discharge after a barracks confrontation turned bloody may now end up free, after a military appeals court determined that the presiding judge wrongly instructed jury members in the case.

Pfc. Mickey W. Johnson, an aircraft maintainer stationed at Marine Corps Base Hawaii, was convicted on charges including attempted manslaughter in April 2018. After just three weeks living with his roommate, identified in court documents as Lance Cpl. V, the tension between the two was toxic and threats were common.

But even though a showdown one evening devolved into a knife fight that sent Lance Cpl. V to the hospital, the Navy-Marine Corps Court of Military Appeals determined earlier this month that it could have begun as justifiable self-defense — a point that may not have been made effectively ahead of deliberations on the case.

The full-court published decision, released April 15 and delivered by Senior Judge Navy Capt. Arthur Gaston, found that the judge should have told members that Johnson was within his rights to display knives in an attempt to deter aggression.

The judges pointed out the size difference between the two Marines: Johnson was 5 feet 9 inches and weighed 140 pounds, while Lance Cpl. V was 6 feet 5 inches and 200 pounds.

Because of the size mismatch, Johnson said he needed ample opportunity to head off potential fights.

“[Johnson's defense] argues these requested instructions were necessary because Appellant was a 'little man' who had a legal right to take reasonable measures to protect himself, 'rather than take [the] chance … of being knocked down and stamped into a jelly,'” the court wrote in its discussion of the case, citing previous decisions.

According to the court's account of the encounter, the showdown between the two Marines happened after weeks of trading insults. Johnson at one point wondered aloud if he'd “rather see LCpl V “with his throat slit or set on fire,” the court stated.

But when Johnson told Lance Cpl. V that he'd slept with his mother, the larger Marine got physical. He “shoved [Johnson] against a hard object,” according to the court account, and warned him that they would fight after work.

That evening, Johnson kept two spring-loaded knives with him — on his bed while he listened to music, and in and out of the barracks when he went to take a bath.

When Lance Cpl. V ultimately confronted Johnson, he was holding the two knives under a towel.

“So what do you have to say about my mother now?” Lance Cpl. V demanded, according to court documents.

Johnson dropped the towel to reveal the knives. After some verbal sparring, Lance Cpl. V shoved Johnson into a wall locker. Johnson lunged, swinging the knives. The larger Marine grabbed Johnson's wrists, and ultimately ended up on top of him, banging his hands against the wall to get him to drop the knives.

In this position, Johnson inflicted slash wounds on his roommate's hand and forearm, and received cuts on his legs. Ultimately, Lance Cpl. V broke away and ran for the duty shack, according to the court's account.

Johnson was calm when security personnel arrived and cooperated when they arrested him.

During the April 2018 court-martial, Johnson's attorney asked that the military jurors, called members, be given detailed instructions stating “that he displayed the knives in an effort to deter LCpl V from attacking him, and that he only used them after LCpl V, rather than backing down, shoved [Johnson] into a wall locker and then tried to grab one of the knives.”

That decision, the appeals court said, weakened the defense's argument that Johnson never meant to attack his roommate with the knives, and only used them in self-defense after Lance Cpl. V escalated the conflict by lunging at him. And, the court added, they couldn't rule out the possibility that the lack of instructions contributed to Johnson's ultimate conviction.

The court vacated Johnson's conviction, which also included reduction in rank to E-1 and forfeiture of all pay and allowances, and ordered a re-hearing on the case.

“Here, in failing to differentiate between the lawful display and the lawful use of the knives, the military judge's self-defense instructions were ultimately inadequate and misleading,” Gaston wrote for the court.

It's not clear when the re-hearing will take place. Johnson's attorney, Navy Lt. Daniel Roginski, declined to comment on the matter.