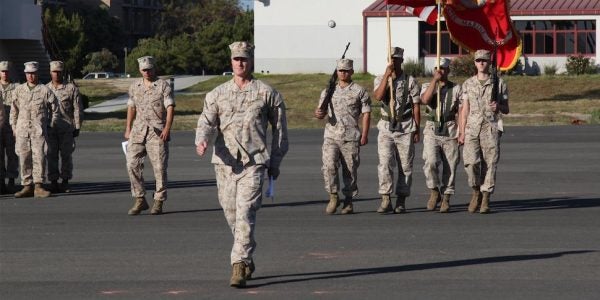 Officials have ruled a suicide after the commanding officer of a Marine Forces Reserve unit was discovered dead earlier this month.

The Marine Corps was notified of the death of Lt. Col. Adam L. Collier, commanding officer of 4th Reconnaissance Battalion, on March 11, officials with MarForRes told Military.com. The battalion, which falls under the 4th Marine Division, is based in San Antonio, Texas.

A source told Military.com that Collier held a civilian position as an agent for the Drug Enforcement Administration in Los Angeles.

According to information provided to Military.com, Collier, 42, entered the Corps in 1998 and was promoted to his current rank in 2015.

His awards include the Combat Action Ribbon, Navy and Marine Corps Commendation Medal, and Navy Marine Corps Achievement Medal, according to his records. Prior to commanding 4th Reconnaissance Battalion, he served with 3rd Air Naval Gunfire Liaison Company, out of Bell, California.

“We extend our deepest condolences to the family and friends of Lt. Col. Adam Collier,” Leguizamon said in a statement on behalf of Marine Forces Reserve. “The Marine Corps stands ready to support them in every way we can during this difficult time.”