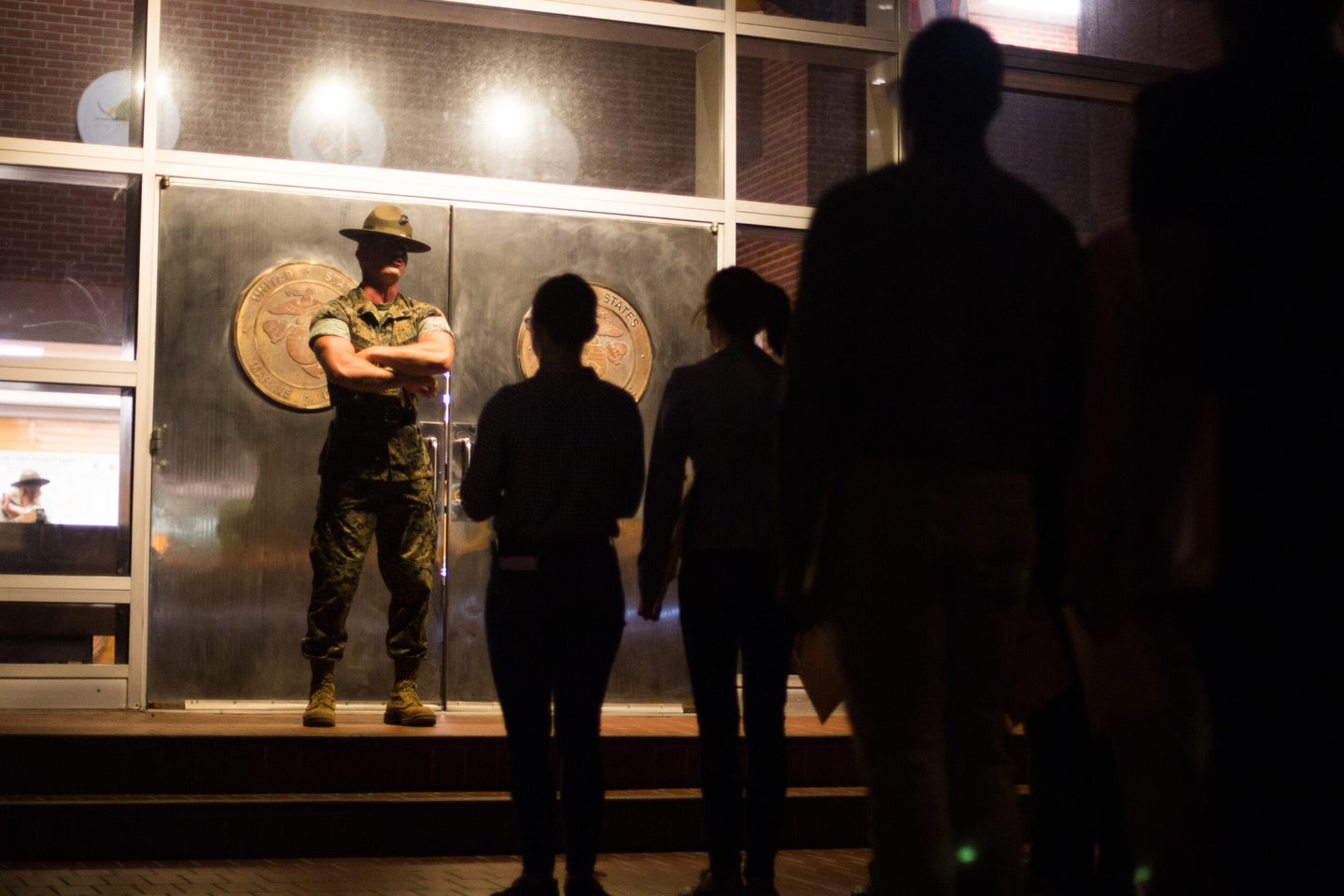 A military task force convened in South Carolina on Thursday as leaders there attempt to halt any chance of the Marine Corps abandoning its historic Parris Island boot camp.

South Carolina’s Republican Gov. Henry McMaster convened the task force meeting after the top Marine general said last week that the service is weighing the possibility of a new entry-level training location where it would train men and women together.

“We always have concerns about anything that remotely threatens the happiness and prosperity of our people,” McMaster said during a Thursday press conference after the meeting. “We’re familiar with what the commandant of the Marine Corps said, and I assure you that we will do all we can to see not only that our bases and capacities are not reduced, but are expanded.”

Military.com was the first to report last week that the Marines were considering a possible new training site. The move would be a huge change for the service, which has historically shipped recruits to its Parris Island or San Diego boot camp locations.

The service is “looking at all options” when it comes to determining how it will respond to a congressional mandate to make enlisted entry-level training gender-integrated in coming years, Col. Riccoh Player, commanding officer of Headquarters and Service Battalion, told the task force.

“To limit ourselves to one course of action or one avenue, that would be premature,” he added.

McMaster said state leaders are confident the Marine Corps will keep its historic Parris Island training base, but added that the commandant’s comments have them “on alert.”

“We’ll be sure that the closure does not happen,” the governor told reporters.

“If that’s our start point — and it is — we have to get to a place on both coasts, or at third location or whatever we end up with, [where] there are male and female recruits around,” Berger said.

Player said the Marine Corps is investing tens of millions of dollars to update training ranges and barracks at Parris Island. South Carolina leaders said that while further improvements might be needed to support gender-integrated training at Parris Island by 2025, they’re confident their state remains the right location for Marine Corps boot camp.

State Rep. Shannon Erickson, a Republican who represents Beaufort County in the South Carolina House of Representatives, said Parris Island is a national icon that should remain the place the Marine Corps trains its recruits.

“When someone mentions anything about Parris Island and change, the hackles are going to come up on the back of our necks,” Erickson said. “… So we’re going to be protective and we’re going to act quickly — as you saw strongly with our governor — at lightning speed to say, ‘Not on our watch.’ We’ll do what we need to do.”

Parris Island, McMaster added, is uniquely situated and equipped to not only continue training female recruits and men from East of the Mississippi River, but all future Marines.

“It seems to me it’s clear that Parris Island has all the advantages and none of the disadvantages that we need,” McMaster said. “If that decision is made to pick one or the other … we’re looking forward to the presence and expansion of Parris Island.”