ChowCall delivers food from restaurants to hungry customers much the same way as similar food delivery business such as Grubhub and DoorDash do, but with their own twist: they also take the food directly to Marines on base 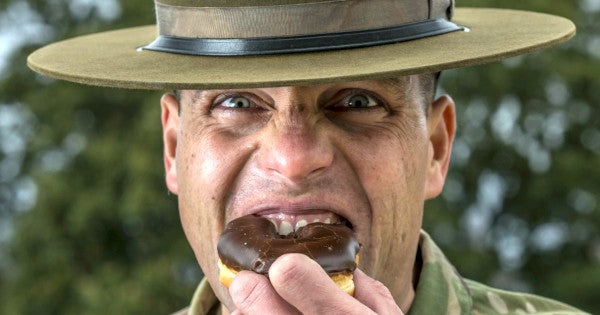 Jacksonville is now home to its own start-up food delivery business.

ChowCall delivers food from restaurants to hungry customers much the same way as similar food delivery business such as Grubhub and DoorDash do, but with their own twist: they also take the food directly to Marines on base.

Users of ChowCall's website and phone app can order food to be delivered to their residence. ChowCall has been serving Jacksonville and Camp Lejeune residents since the beginning of the year.

ChowCall works with restaurants in multiple ways to get cooked food to customers. They offer tablets for the restaurants to place orders, their website places an order through the restaurant's online ordering system, or the delivery drivers enter the restaurant and order the food directly. Plans are in the works to offer an integrated software for restaurant's Point of Sale register system, Todd Waldemar, owner of ChowCall said.

Waldemar, a retired U.S. Marine Corps major, lives in Virginia but was stationed at Camp Lejeune three different times during his military career and considers it a second home. A father of eight, Waldemar describes himself as an entrepreneur.

Waldemar has owned the Wing Zone on Western for 13 years. He believed the Marines on base were under-served when it came to food delivery and wanted to make a change.

“There's really a lot of people on base that don't have the same options as people out in town in terms of third-party food delivery if I wasn't doing it,” Waldemar said.

Waldemar said his Wing Zone uses other third-party delivery companies, and he's seen what worked and what didn't for his restaurant. Other companies offering third-party food delivery in Jacksonville include Waitr, DoorDash, Grubhub, Postmates, BringMeThat, and OrangeCrate.

The combination of owning a restaurant, using delivery services, and living on base gave him the inspiration to start ChowCall and implement the ideas from each of those three experiences.

Since opening in January, ChowCall now has around 60 employees. Waldemar said one of the major differences between his company and the larger food delivery services is his employees are considered such while other companies use contractors.

“We hire, fire, and supervise our people,” Waldemar said. “When customers have a problem, they can email or call, we take care of it.”

Perseus Roberts, the operations manager, was hired by ChowCall in March. The amount of drivers he oversees has been a positive for him.

“We get a lot of variety as far as employees here,” Roberts said. “It's just nice working with these people you know, you try to utilize their potential.”

ChowCall's vetting of its drivers is part of the reason why they have access to Camp Lejeune to deliver food there, Waldemar said. His military experience has also helped him form ties to the base. The website and app has a long list of every barracks and housing unit on base that customers can have their food delivered to.

“We're going to accomplish the mission, and our mission is to provide great value, in this sense food, to the Marines on base and we're going to help the restaurants out in town access that market who weren't able to do it.”

Waldemar said the goal is to expand ChowCall into every city in the country with a base. He eyes Fayetteville as the next location to expand into. In the near future, Waldemar said ChowCall plans to offer advertising services to the restaurants, where they can include ads and coupons that are delivered to customers with their food.

“It's also interesting watching this company grow,” Roberts said. “When I initially started we weren't exactly where we're at now,

One of the employees helping Waldemar grow and run ChowCall is Virginia Harris, the general manager. She has been with the company since April and helps with everything, from overseeing payroll to managing the drivers.

“It depends on the day,” Harris said. “I enjoy being at a locally-owned business better than I do a corporate.”

While Harris is constantly working on projects, she described the work environment at ChowCall as unbeatable, with laid back and upbeat atmosphere.

Working for a start-up can bring many unknowns and regular chaos, according to Waldemar, and his employees have been flexible in the face of changes. He said the company would fall apart if it wasn't for the passion of his employees.

“Some of our best ideas we've had as a company have come from them and our drivers,” Waldemar said. “I want to have people where they really like working here.”

Nearing one year of operation, ChowCall aims to continue growing with Jacksonville and beyond. Waldemar believes the right ingredient for expansion lies in providing a valuable service to base members, local businesses, and the surrounding community.

“Hopefully we can create something that goes to all the bases,” Waldemar said. “Everyone will benefit, and it'll be a unique type of team that will be more cohesive and loyal and better quality than anyone else out there.”