Our son died in training at Camp Pendleton. He could have been saved

"Five young Marines from Camp Pendleton died in preventable 'rollover' accidents in the last year. How many more of our military will die, needlessly?" 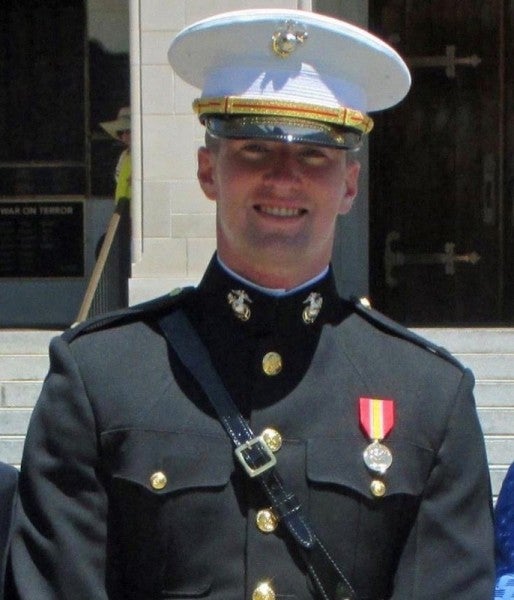 Five young Marines from Camp Pendleton died in preventable “rollover” accidents in the last year. How many more of our military will die, needlessly?

This past year, nearly as many young men and women were killed in high-risk training in America as in combat abroad. On May 9, 2019, our only child, 1st. Lt. H. Conor McDowell, a troop commander with the Marines' 1st Light Armored Reconnaissance Battalion, was crushed to death in seconds when his light armored vehicle (LAV) plunged into a hidden crevasse just after he yelled out rollover warnings, saving the lives of the other Marines in the vehicle.

Conor died because the range safety unit at Pendleton failed to identify a vast hole completely concealed by 8-feet-high grass, weeds and shrubs. That cover had sprung up over two weeks, following unusually heavy rains. Conor was leading a group of LAVs on daylight training maneuvers.

He had recently turned 24 and was engaged to the love of his life, Kathleen Bourque. He knew that training could be very dangerous, and he also knew that his unit had had several near-fatal rollovers in the previous months. As he wrote in a private journal about a rollover that involved a LAV with seven Marines on board: “It's a miracle no one was killed. … This is a reminder that at any moment, through careless action, even in training, Marines can die.”

Conor didn't know that he would be the next person to die.

A month before Conor's death, Marine Raider Staff Sgt. Joshua Braica, 29, of Sacramento, was killed at Pendleton, in a different area, when his dune buggy-like MRZR toppled over on a hill, violently throwing him out of the vehicle, severely damaging his spine. Braica died in the hospital hours later. He left a wife and newborn boy.

In March, Marine Cpl. Eloiza Zavala, 20, attached to Pendleton but temporarily based in the United Arab Emirates, was catapulted out of a tactical vehicle (known as a “7-ton truck”) as it hit a road bump, killing her within minutes. Zavala, whose parents are from Mexico, had been promoted to corporal in record time, and was widely respected for her kindness and can-do attitude. Sadly, her funeral in Sacramento, her hometown, was restricted to eight family members and a small Marine honor guard because of COVID-19 restrictions.

In addition to these lives lost from Camp Pendleton, 10 other service members have been killed in the last year in military vehicle rollovers.

Why is a Marine or soldier dying every single month in military vehicle rollovers? Can anything be done to reduce this appalling death toll?

All military tactical vehicles — Humvees, LAVs, Bradley fighting vehicles, MRZRs, 7-ton trucks — are top-heavy and prone to tip over, without careful attention. In addition, extra armor or weaponry have been added to these war machines, often on top, making them even more unstable. In a rollover, even a nonfatal one, injuries can be severe: traumatic brain injury from being tossed around in a multi-ton metal box, loss of limbs and other wounds. Some people never recover and have to leave the military.

Thousands of these vehicles now in use are up to 30 years old, worn out by the wars in Afghanistan and Iraq, and repaired by taking parts from other vehicles. Too often they are pushed through maintenance inspections, which they should fail. There are precious few new vehicles available. For example, new LAVs are years from arrival.

Range safety at places like Pendleton, where the terrain is changeable and dangerous, has not been sufficient to keep people safe. The risk is heightened by insufficient training of drivers/operators, particularly on off-road driving, resulting in fatal accidents, which the military cavalierly labels “mishaps.”

We and other grieving families have successfully lobbied Congress to ask the Government Accountability Office to begin a yearlong forensic inquiry into all military vehicle rollovers, going back a decade, and to consult with other NATO countries with similar death tolls. Several members of Congress, including Rep. John Garamendi (D-Walnut Grove), chair of the subcommittee on readiness of the House Armed Services Committee, and Rep. Anthony G. Brown (D-Md.), vice chair of the Armed Services Committee, have been focused and ready to help on this problem. We are expecting a GAO report and public hearings on remedies in the fall.

Meanwhile, we have worked with combat engineers and other experts, who have recommended a range of safety improvements. Among these are mandatory use of seat belts/safety harnesses; new instruments giving advance indication of sharp terrain drops; meters warning that a vehicle is nearing rollover tilt; improved maintenance and inspections of vehicles; intensive driver training, particularly in rough terrain; and better range safety inspections to mark dangerous terrain.

None of these reforms would be a burden on military readiness. But they can most definitely reduce needless deaths and serious injuries. There is no reason other parents, wives, partners, children and family members have to suffer as we have.

Conor is buried at Arlington National Cemetery. At that resting place of heroes, we do not want to have to visit the graves of any more young men and women who died in training. It is time for change.