An investigation into cancer rates among children at Marine Corps Air Station Beaufort, South Carolina, has confirmed 15 cases of... 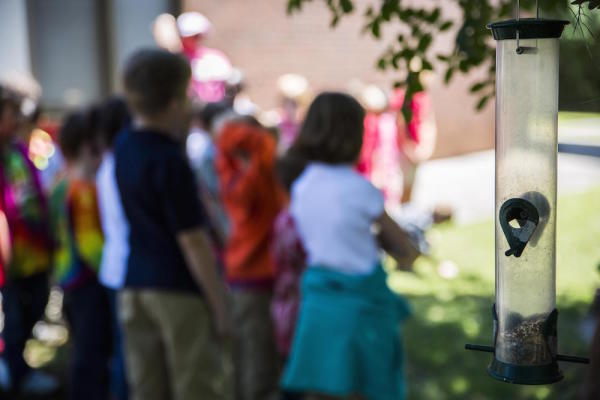 An investigation into cancer rates among children at Marine Corps Air Station Beaufort, South Carolina, has confirmed 15 cases of potentially fatal disease, but military public health officials say the illnesses are “unlikely” related to base “environmental or occupational” factors.

The study — launched in 2015 by the Navy-Marine Corps Public Health Center after families in the Laurel Bay military housing community raised concerns over the neighborhood’s safety — examined the medical records of children whose military parent worked at the base between 2002 and 2016. It also examined possible environmental and workplace exposure, reviewing more than 1,000 documents to determine whether there was a correlation between the cancer cases and contamination.

The review, dated Sept. 29, found 15 cases involving five cancers: acute lymphoblastic leukemia, acute myeloid leukemia, soft tissue sarcoma, neuroblastoma, and Wilms tumors, three of which can be linked to “ionizing radiation” or exposure to benzene, a toxic chemical found in heating oil tanks once installed in base homes that leaked into Camp Lejeune’s soil and groundwater during the 1950s through the 1980s. The leaks exposed more than 750,000 people to toxic drinking water and remains the biggest water contamination in U.S. history.

Investigators could not find a “complete exposure pathway” for people in the tested areas to come in direct contact with benzene, and they found it was unlikely that anyone on the base would come into contact with excess radiation, including radon, a known cause of some cancers.

News of a potential cancer cluster at Laurel Bay made headlines in January when Marine spouse Amanda Whatley posted a video on YouTube warning parents to look for signs of illness in their children if they had ever lived at the air station or at Marine Corps Recruit Depot Parris Island.

Whatley’s daughter had been diagnosed with leukemia, as had the son of another Marine wife, Melany Stawnyczyj. The two alerted the Marine Corps of the coincidence in 2015, but Whatley decided to go public with the issue after the investigation dragged on for more than two years.

Whatley blamed the cancers on exposure to benzene and other chemicals in the soil beneath their homes — contaminated, she theorized, by rusting underground storage tanks that once held heating oil.

When she made her video, she said she knew of eight children who’d lived in base housing and had cancer. Three months later, after the video had been viewed by more than 50,000 people, the parents of seven more children had contacted Whatley confirming that their children had cancer.

The recent study brings that number up to 15 — a tragedy for the families but not high enough to consider a cluster or calculate an incidence rate, according to the National Cancer Institute. It also is consistent with the occurrence of cancer in the general population.

“The probability that a child will develop a cancer before age 15 is about 1 child in 408 … in a cohort of more than 10,000 to 15,000 children who lived in the study area at some time over the 14-year study period, one would expect to find more than 20 cases,” the report noted.

From the 1950s to the 1980s, the homes at Laurel Bay were heated with oil, which contains between .1% to 1% benzene. From 2007 to 2015, the Marine Corps removed 1,252 heating oil tanks from the neighborhood, which revealed that more than a third, or 427 properties, had ground contamination as the result of leakage from the tanks. The Corps took steps to mitigate contamination and install monitoring wells to determine whether the groundwater had been affected. To date, two-thirds of the properties needing permanent monitoring wells have received them; 29 still require installation.

But according to the report, tests of soil, water, and air, including indoor air, for benzene and radon found that exposure (a result of direct contact to on-site contamination) could “not be demonstrated.” Still, testing continues on the lingering contamination from the oil tanks, the report noted.

In August, Whatley and five other military families filed a lawsuit against the housing management company that runs Laurel Bay, Atlantic Marine Corps Property Management. The suit, a class action that could include thousands of families and service members who have lived at Laurel Bay, alleges that the company was aware of the contamination but failed to warn residents of the dangers.

The suit also claims the company breached its contract to provide safe housing and owes damages to the residents. In addition to concerns over contaminated soil from the leaking oil tanks, the suit charges that mold, pesticides, and lead-based paint have contributed to unhealthy conditions in the neighborhood.

“Defendants intentionally and knowingly exposed class plaintiffs and their families to environmental contamination without their knowledge and against their will,” the suit states.

The Marine Corps held open houses Oct. 11–12 at Marine Corps Air Station Beaufort to discuss the investigation. Marine Corps officials did not respond to a request for comment on the findings.

“No apparent public health hazard has been identified for Laurel Bay Military Housing residents from former heating oil tanks based on extensive monitoring history … the vapor intrusion investigation is ongoing and the South Carolina Department of Health and Environmental Control continues to be involved with each step,” they noted in the open house meetings.