A man who falsely represented his military service to target Marine Corps families in a charity scheme was sentenced to federal prison Monday, prosecutors said. 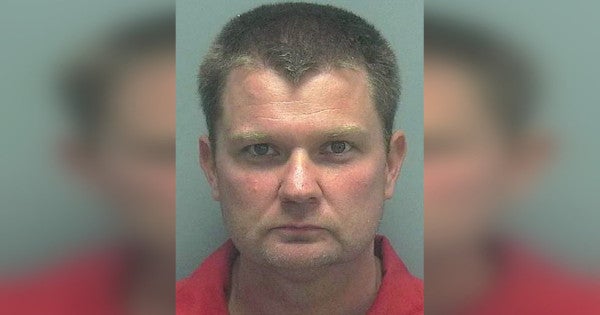 A man who falsely represented his military service to
target Marine Corps families in a charity scheme was sentenced to federal prison Monday, prosecutors said.

John Simpson founded Marines & Mickey, a charitable organization with Beaufort ties that raised hundreds of thousands of dollars from Marine families and private donors under the pretense that all of the money would go to help send Marine families to Disney World or boot camp graduations at Parris Island and San Diego, California.

Instead, Simpson took most of the money for personal use,
the U.S. Attorney's South Carolina district office said.

Simpson pleaded guilty to wire fraud and was sentenced to four years in federal prison and three years supervised release, a news release said. He will serve the sentence consecutively following a nine-year sentence he is currently serving in Florida on burglary and sexual battery charges, according to the release
and Florida court records.

The biggest take in the scheme was more than $100,000 donated to Marines & Mickey in honor of Lance Cpl. Skip Wells, a U.S. Marine killed in a shooting at a Naval Reserve facility in Chattanooga, Tennessee, in 2015. That included $75,000 of personal money from Wells' mother, Cathy.

Simpson also took more than $5,000 in unauthorized withdrawals from bank accounts of Marines who had agreed to give small recurring donations to the organization, federal prosecutors said.

While raising the money, Simpson represented himself as a retired master sergeant, former drill instructor and elite reconnaissance Marine who had served 20 years, authorities said.

In reality, he enlisted in 1993 and served less than three years before going absent without leave. He was found guilty at a special court martial, demoted to private and given a bad-conduct discharge, the news release said.

Simpson was an Anderson County resident before moving to Florida, where he was charged and sentenced for sexually assaulting his former girlfriend,
the Independent-Mail reported.

Marines & Mickey asked for donations on Parris Island, federal prosecutors said. The organization was placed on “off-limits” status, barring local military personnel from doing business with the charity, in December 2015 by a military committee that investigates illegal and unethical business practices, a Parris Island spokesman has said.

In 2016,
a Beaufort thrift store tied to Simpson and his organization was evicted and the store's items dumped on the side of the highway after the organization failed to pay rent. Simpson had also provided money to help start a now-defunct Beaufort hot dog restaurant, the owner said at the time.