By the end of the week, two more co-ed companies will be training at the Marine Corps' East Coast recruit depot, where men and women have historically been separated during boot camp, as the service continues assessing ways to train its newest enlistees. 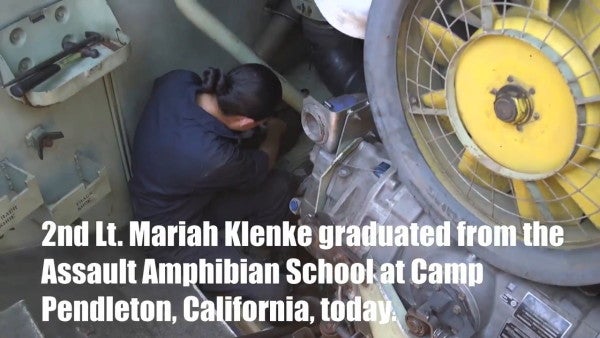 By the end of the week, two more co-ed companies will be training at the Marine Corps' East Coast recruit depot, where men and women have historically been separated during boot camp, as the service continues assessing ways to train its newest enlistees.

Men and women assigned to Hotel Company, 2nd Recruit Training Battalion, arrived at Marine Corps Recruit Depot Parris Island in South Carolina this week and will begin training together on Friday, said Capt. Bryan McDonnell, a spokesman there. They'll be the third co-ed company to train at Parris Island.

The companies will follow the same training model tested by 3rd Recruit Training Battalion's India Company earlier this year. Those men and women, who graduated in March, stayed in separate squad bays and had one-on-one time with their drill instructors, but most of their training was done together.

There are five male platoons and one female platoon assigned to each company, McDonnell said. There are about 50 recruits in each platoon.

“Since India Company was here, we were looking at opportunities to continue assessing this thing and seek improvements in our training model, and that's what we're doing,” he added.

Delta Company is expected to graduate in late January and Hotel Company in early February.

While that amendment remains in flux as lawmakers work through differences in the House and Senate versions of the bill, it would require the Marine Corps to stop separating men and women at Parris Island within five years and allow female recruits to train in San Diego within eight.

McDonnell said more co-ed companies are likely to pass through Parris Island this fiscal year, which runs through September 2020. None has been scheduled yet.

“We're assessing times throughout the fiscal year when it's more conducive to do this,” he said.

Male and female recruits aren't given a choice about whether they'll train in co-ed companies.

“They have a ship date, that ship date correlates with a company and that's it,” McDonnell said. “They just want to be United States Marines.”

Commandant Gen. David Berger told Military.com in an interview at the Pentagon this summer that men and women at Parris Island would “definitely” continue training in co-ed companies this year. Since women haven't trained at Marine Corps Recruit Depot San Diego, Berger said the base isn't built to accommodate them yet.

“[But] we'll look at what makes sense going forward as far as on both coasts and when it makes sense to do what level of integration,” the commandant said.

Berger told members of Congress in the spring that he had reviewed the results of the first co-ed training company at Parris Island, and it “all worked out.” None of the training was altered as a result of women being assigned to previously all-male company, he added.

“The statistics … for this company were the same as every other company — a few areas higher, a few areas lower — but it went great,” Berger said.

The Marine Corps remains the only service to separate new enlisted recruits during their entry-level training. Male and female Marine officer candidates complete their training together.

Former Commandant Gen. Robert Neller stressed last year that 65% of the training recruits complete at Parris Island is co-ed despite men and women typically being assigned to separate training battalions.