The pilot safely ejected before the crash in Craven County, North Carolina, and no deaths have been reported 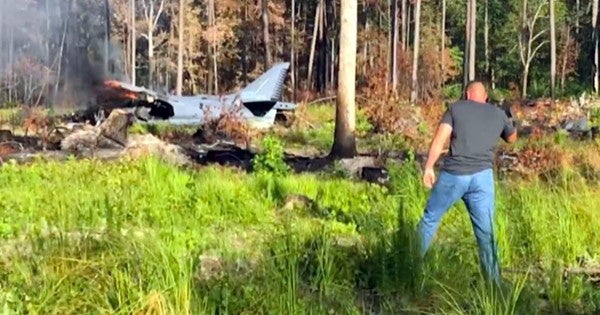 A military plane crashed in North Carolina on Monday, according to the Marine Corps.

The pilot safely ejected before the crash in Craven County, and no deaths have been reported, according to a Facebook post from the 2nd Marine Aircraft Wing.

The AV-8B Harrier based out of Marine Corps Air Station Cherry Point crashed near Havelock, according to the post. That is more than 130 miles east of Raleigh.

Craven County Emergency Services responded to reports of the crash after 6 p.m., according to WCTI. The crash caused a fire, but first responders put it out, the TV station reported.

An investigation has been launched to determine the cause of the crash, which the Marines called an “accident” in the post.

The area where the jet went down has been cordoned off by the military, which said deputies from the Havelock Sheriff's Department were among the first responders, according to the post.

The Marines said there are no reports of property damage, and while there have been no civilian deaths reported, there is no information if there were any injuries.

The pilot was taken to Carolina East Medical Center in New Bern for further evaluation, according to the post.