Camp Pendleton’s Darkhorse Battalion is getting a permanent memorial 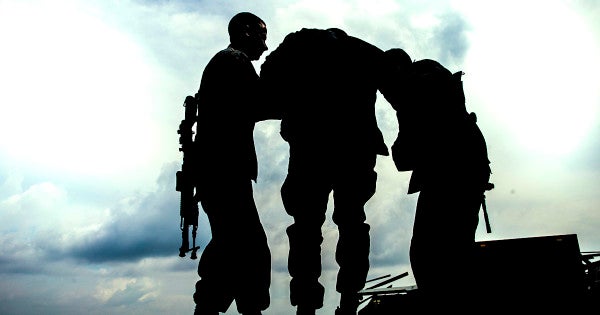 The battalion, known as Darkhorse, is celebrated each year during the city's annual Memorial Day Half Marathon, which raises funds for Team Darkhorse, a community group that supports the battalion's Marines and their families. During the race, banners of the 25 Darkhorse Marines killed during a 2010 deployment to Afghanistan are displayed along the route, on city streets.

On Tuesday, July 9, the Laguna Hills City Council voted unanimously to start researching the design, fabrication, and installation of a permanent memorial for the battalion. City officials will get feedback on how the memorial might look and how it will be constructed.

The memorial will be located at a prominent spot near City Hall once it is completed.

“We've been supportive of the 3/5 for so long,” said Councilman Dore Gilbert, whose son served in the Marine Corps. “We thought we'd like a permanent memorial. We thought it would be the right thing to do.”

It's unclear, at this stage, what the cost of the monument will be, he said.

The city first supported the battalion with $10,000 to help Team Darkhorse start as a nonprofit. Since then it has given the community group $3 for every registered runner during the Memorial Day race. That has amounted to about $10,000 annually.

Just after the battalion was adopted by the city, it endured one of its most devastating deployments.

On Sept. 27, 2010, the 3/5 deployed to Sangin, a hotbed for Taliban fighters and drug traffickers in Afghanistan. The Marines were tasked with clearing out the Taliban in that region.

During the battalion's seven-month deployment, the unit commanded by then-Lt. Col. Jason Morris, suffered the highest casualty rate of any Marine unit in Afghanistan. By the end of the deployment, 25 Marines had been killed and nearly 200 were injured. About three dozen Marines lost a limb.

It was the costliest deployment of a Marine combat unit since Vietnam.

Mike Bland, who in 2010 was among the founders of Team Darkhorse, said he was happy to learn of the council's intention.

“Seeing all the support that has grown over the years, it warms my heart to see you are considering this memorial,” Bland wrote in an email that was read during public comments at the City Council meeting. “I have been very involved in two past memorials for the 3/5 — the Portable Memorial located in the command building of the 3/5 honoring the 25 KIA and the Memorial Deck located by the 5th Regiment Chapel — all at Camp Pendleton. I support this recommendation 100% and offer any assistance on helping with this wonderful recommendation.”

“Southern California communities are relatively young and do not have a history of erecting memorials to servicemen or women like may be seen in other states,” she said Thursday, July 11. “A memorial which honors the heroics of the 3rd Battalion/5th Marines will be an important and historical reminder to all who live or pass through our city of the tremendous dedication, resolve, commitment, courage and sacrifice by these Marines. It would be an honor to have a memorial in their name in our city. Everyone would benefit.”

Robbins said a memorial would have dual benefits: It would serve as a permanent reminder of the city's support for the Marines and their families, and it would be an opportunity to continue to build bonds.

“All of us in the committee are committed but none of us lives forever,” Robbins said. “We would all love to see a permanent memorial to the battalion that will endure well into the future.”

WATCH NEXT: 956 Days Becoming a Marine