The U.S. Marine Corps continues to grapple with hazing at its storied recruit training center at Parris Island in South Carolina, where the service punished at least eight drill instructors and a number of officers for abusive behavior last year 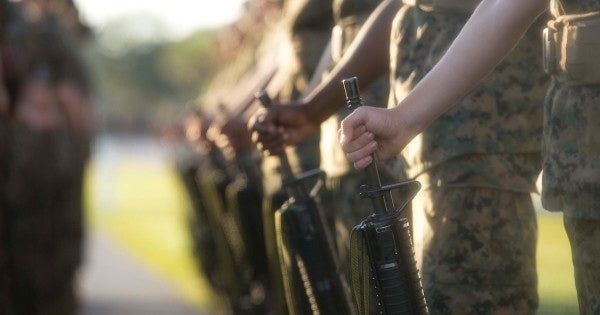 The U.S. Marine Corps continues to grapple with hazing at its storied recruit training center at Parris Island in South Carolina, where the service punished at least eight drill instructors and a number of officers for abusive behavior last year, the Washington Post reported Wednesday, citing multiple internal investigations.

These incidents come despite the Corps' best efforts to curb these unacceptable and dangerous practices.

In one situation, a drill instructor allegedly made a recruit put “feces soiled underwear” on her head.

The DI acknowledged the incident but stressed that the dirty underwear, which the recruit reportedly left under her bed, did not contain any feces.

“I was speaking hypothetically and failed to handle the situation with a clear mind through frustration,” the drill instructor said, according to documents obtained by the Post. “I was not trying to embarrass the recruit and more so wanted her to understand why and how it wasn't acceptable.

That incident, which occurred in May 2018, sparked an investigation, one that came on the heels of another investigation following reports that a drill instructor had “roughed up,” as the Post described it, several recruits, even going so far as to threaten to break one of their necks.

Another reported case involved a drill instructor forcing female recruits to repeatedly suffer the effects of CS tear gas in a chamber. While the facility is normally used to introduce recruits to the effects tear gas, recruits are typically only required to enter the chamber once.

In total, the Post discovered more than 20 incidents of hazing and abuse at Parris Island and the Marine Corps' West Coast recruit training center in California over the past seven years.

By the far the most serious incident involved former Gunnery Sgt. Joseph Felix, who was sentenced to 10 years in prison after abusing recruits at Parris Island. He was accused of physically assaulting recruits, as well as targeting Muslims like 20-year-old Pakistani-American recruit Raheel Siddiqui, who fell to his death after Felix physically struck the young man in a 2016 altercation.

And abuse goes well beyond the scope of the recently uncovered investigations. In 2012, a recruit had to get skin grafts due to chemical burns suffered after a drill instructor forced him to train in unsafe conditions. The instructor, former Sgt. Jeffrey VanDyke, was sentenced to a year in military prison in 2014 for abusive behavior, cruelty, and mistreating recruits.

The senior officer in charge of Parris Island, Brig. Gen. James Glynn, stressed to the Post, that while problems do occur, there are more than 600 Marines serving as drill instructors and 98 percent of them do their jobs without incident.

WATCH NEXT: The Documentary The Marine Corps Doesn't Want You To See