"Since he could talk and walk, he said he was going to be a Marine. I said, 'We'll cross that bridge when we come to it.' And here's that bridge" 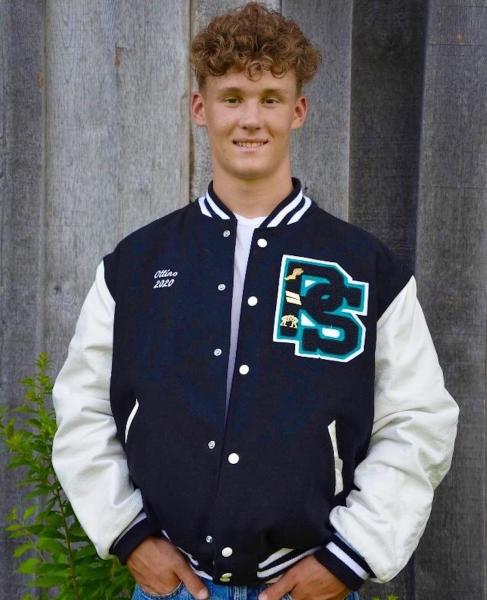 PLYMOUTH – Jack Ottino is going in the military service on the buddy system shortly after graduation. There was never any doubt about which branch.

Jack's father, Warren Jr., was also a Marine. And so were Uncle Louis and Cousin Joe.

When he reports to Parris Island later this month, Jack Ottino will be the eighth Ottino from his family to join the Corps. The senior from Plymouth South High School even talked his longtime buddy into becoming a Marine.

Ottino will head off to boot camp later this month with classmate Caleb Chapman, his best friend since they were 7. Chapman toyed with the idea of joining the Army after high school, but Ottino showed him the error of his ways.

Karen Ottino, Jack's mom, said her son was born to be a Marine.

“Since he could talk and walk, he said he was going to be a Marine. I said, 'We'll cross that bridge when we come to it.' And here's that bridge,” Karen Ottino said.

“This was something he was born to do. He's the most loyal and patriotic kid you'll ever meet. And he knows what it takes to be a Marine. He's ready, mentally and physically.”

A three-sport athlete at Plymouth South, Ottino was recently recognized with the school's Rock Award for being on the football, wrestling and spring track teams for all four years of his high school career. He was the captain of the wrestling squad this year.

Ottino and Chapman will head to boot camp June 15, just nine day after this weekend's graduation. They will have an extended camp as new recruits must now quarantine for two weeks before starting their 13 weeks of training because of the coronavirus emergency.

Ottino said he has been accepted into the Corps' crash and fire rescue service and hopes to take the firefighters exam and join the fire department when he gets out.